Ten smartphone makers who control 90 percent of the European mobile market have agreed to ship a standardized charger with their phones starting next year. Gadget makers have talked about standardizing their chargers for years. This time, they have a plan to finally do it.

Motorola, Nokia, Apple, Sony Ericsson, LG, NEC, Qualcomm, Research in Motion, Samsung and Texas Instruments announced their plans Monday through the European Commission. At first, new phones will come with the charger. Eventually the phones will ship without a charger. For phone makers, this will significantly lower the cost of manufacturing and shipping.

The move is being spun as as a green story. “People will not have to throw away their charger whenever they buy a new phone,” EU Industry Commissioner Guenter Verheugen told Reuters.

The chargers will be usable only on data-enabled phones that access the Internet, going beyond voice calls and SMS. Nearly half of the 185 million estimated mobile phones projected to be sold in Europe 2010 are expected to be data-enabled, and hence compatible with the charger. “We’re assuming this new European initiative will have a knock-on effect globally,” Verheugen said.

The real benefit, of course, is convenience and effectiveness. European BlackBerry and iPhone users will be able to borrow each other’s chargers. Buying a replacement will be easy. With only one model, supermarkets and corner shops will be able to carry and sell them as easily as they do cigarette lighters. 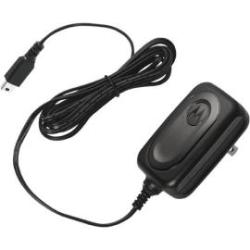 What’s it look like? The standardized charger will have a micro-USB jack like the one found on BlackBerry and Motorola (pictured at left) smartphones. See the second jack from the left in this photo for relative size. Some phones may use an adapter to connect the micro-USB jack to a phone slimmer than the jack.

[Top photo by Gadgetreview] [Are you an entrepreneur or executive active in mobile? Join us at MobileBeat 2009, our mobile conference for industry leaders. Sign up soon.]