You usually don’t think of profit when you think of instant messaging services, but Paltalk has been making money for years through its subscription service — and the company has just bought back shares from investor Softbank Capital Partners, also at a profit for the firm.

While other instant messaging companies, like Meebo, have focused on growing their consumer bases fast and then developing revenue streams such as advertising, Paltalk has done it differently. The New York-based company, founded way back in 1998, says it has actually been profitable since 2004. It offers a catalog of services that include a consumer-facing site with thousands of chat rooms, and features like video chat. It also has a corporate version, where it charges bigger companies for video conferencing and other services — presumably what is making the company most of its money, although it also runs ads on its home site. While Paltalk has some 4 million monthly active users, Meebo has 50 million monthly active users across its home site, group chat rooms, and toolbars on other sites — but is just now rolling out its new interactive ads. 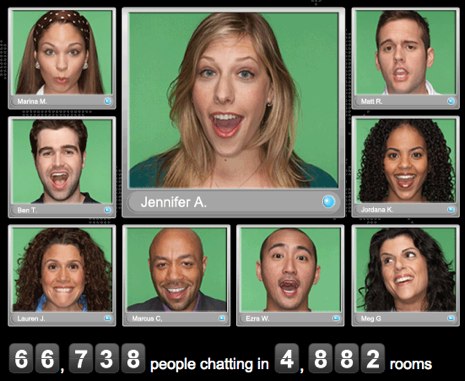 Paltalk claims to offer a few unique features, like the ability to have up to 5,000 people chatting in one live video chat room (not a free feature), and SuperIM, which lets you do a live video chat with up to 10 other people. It also claims a few “firsts” in the world of instant messaging: It says it was the first company to combine voice and video into instant messaging, the first to offer video chat groups, and the first to let users create their own chat rooms. Paltalk also says it owns nine patents — it recently settled a lawsuit with Microsoft, wherein Microsoft had to license Paltalk’s chat technology for Xbox Live games.

I’m not sure about all of those claims. Meebo is hardly the only rival in this area — there’s AOL, and its various properties like Userplane and its AIM Connect toolbar. To some degree, there are also the group chat and video services offered by Microsoft, Google, Yahoo and others. There’s the chat services offered by social networks like Facebook and MySpace. And, of course, there are smaller video-sharing startups like Watchitoo. And in terms of video chat, companies ranging from Stickam to Ustream and Justin.tv have also been busy offering similar features in the last few years.

So how much money is Paltalk bringing in? It’s not saying, but Softbank had put in $6 million in 2004. If Softbank made a profit on the investment like it said it did, the value of the company must have gone up, and it must have managed to save more than $6 million to buy Softbank’s shares. What about the company’s next plans? It’s also not saying much there, except that founder and chief executive Jason Katz has no plans to sell. Last year was the company’s strongest yet, it says — spurred by more people coming online with video cameras on their computers. Sure, Paltalk has a lot of competitors, some of whom are much larger, but it also has cash-flow on its side. These days, that’s saying something.