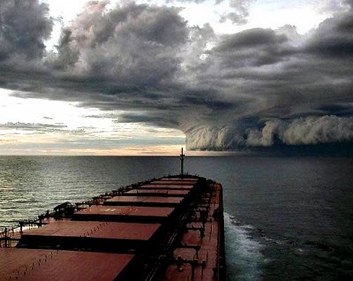 Popular-in-Asia social networking site Friendster is up for sale, according to banker documents obtained by TechCrunch. One of the earliest social networks, the company has been haunted by younger rivals, starting with MySpace, which became more popular in the US earlier this decade.

It’s not MySpace, though, that has followed Friendster across the Pacific to countries like the Philippines and Indonesia, where it was until recently most popular. It’s Facebook that’s been gaining ground.

In the last few months, Friendster has been showing a small drop-off in users, according to comScore. It still has more than 100 million total users, it claims. That’s not necessarily bad, and the cause for the drop-off is unclear. Maybe it was just a bad month or two. But Google Trends, which shows trends down to the day, is showing more dramatic falls for Friendster versus Facebook. Indonesia top, Philippines below. 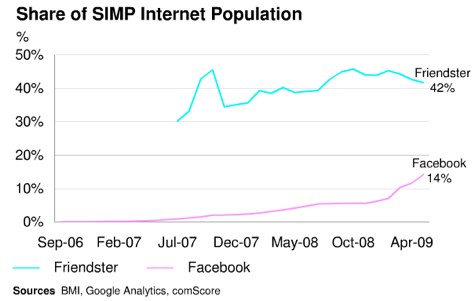 Google Trends does not necessarily a trend make, but we’ve seen it presage other third-party data services in showing changes fast — like Twitter’s bumpy May traffic.

If Facebook is eating Friendster’s Asian lunch, the trend corroborates what a Singapore-based reader named Marcus wrote a year ago in reply to a post I’d written about Friendster’s growth in Asia.

Friendster was one of the more dominant players [earlier this decade], and to a much smaller extent hi5 and myspace too. I believe over the years, the users have grown weary of the slow network and the little and next to insignificant improvements over the years. People just stop updating. And they just don’t look back as often anymore.

Other than international friends, I would say Facebook has:

4) identities with networks from schools, companies or countries

5) facebook apps (depends on how you use it, it can be either entertaining or pure annoyance)

6) a more “professional” outlook (my personal view is that Friendster seems to be more for kids with its kind of layout as you grow older. You would want little association with it when you start working). 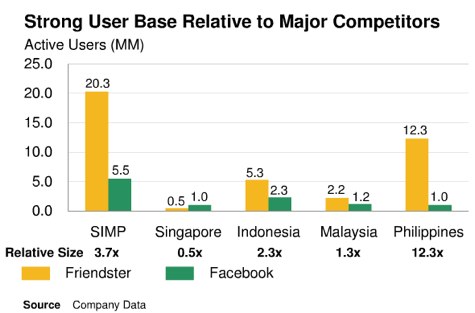 Notably, the banker documents also make special reference to Facebook. But the comparisons are drawn using data from earlier this year. The documents certainly may not be showing the full story, although due diligence by a potential buyer probably would.

So, we don’t know how the traffic trends are shaping up, long-term. Friendster has made efforts to take advantage of its reach in countries like Singapore, Indonesia, Malaysia and the Philippines (or “SIMP”). It has opened more local offices to go after regional advertisers and other business partners, like a Philippines-based mobile money transfer company. It hired Google Asia regional manager Richard Kimber to be its chief executive nearly a year ago. On the product side, the country has tried to stay current with other social networks by launching a developer platform that lets third party applications from Facebook or OpenSocial run on its site. Perhaps these efforts will help the company retain if not regrow its user base.

Friendster turned down a $30 million offer from a pre-IPO Google in 2003. But it tried to sell in 2005, with the help then of boutique investment bank Montgomery & Co; the starting price according to a CNET report, was $200 million but fell as low as $50 million before taking itself off the table. No word on how much the company is trying to sell for today.

It has raised a total of $48 million, from angels like Reid Hoffman, and venture firms including Battery Ventures, Benchmark Capital, Kleiner Perkins, IDG Ventures China, DAG Ventures and Founders Fund. The most recent round of funding was for $20 million, from most of the VCs, and arrived along with Kimber. The move didn’t look bad at the time given Friendster’s market position, but Facebook has proved hard to stop (it has quickly grown to more than 250 million monthly active users worldwide).

Besides a lot of users in Asia, Friendster has collected a big handful of patents on various aspects of social networks. I don’t know of cases where the company has sued rivals for patent infringement, but perhaps those prizes will attract more potential buyers and raise the sale price.