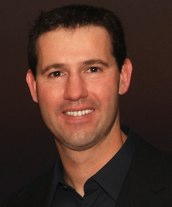 AOL might spin out its expensively-purchased social network, Bebo, as it prepares to be separated from media parent company, Time Warner. Or so say long-running rumors. In the meantime, Bebo has a new president: Stephane Panier, its former chief operating officer, who has previously been a senior finance director at Google.

Bebo had some 24 million unique visitors around the world in May, according to comScore, down from 38.1 million a year earlier (which was shortly after the company was bought by AOL for $850 million).

Bebo’s traffic has been dwarfed by social networking rivals like Facebook. which comes in at more than 250 million, according to internal stats, and even by newer sort-of competitors, like microblogging company Twitter. That site grew to more than 37 million in May, according to comScore.

In terms of its product, Bebo has tried its hand at being more of a “lifestreaming” service. It let you do things like read your Twitter and Facebook messages within the Bebo interface. It was a change from its previous, traditional-style social networking features, like profiles. There has been some integration with AOL’s other social efforts. You can sign into AIM Connect, an evolving service for chatting with friends while you’re on a web page, using your Bebo ID. But AIM’s decade-old instant messaging service, its various clients, and AIM Connect are changing themselves into being lifestreaming services. Given the rumors, it’s not clear how significantly Bebo’s product might be integrated with these other services.

I’m not a Bebo user, but I was interested to see if the product experiments could spark a traffic comeback in spite of the competition. Facebook may have seen its growth hurt by its many redesigns over the years — but it has continued to grow, and seems to have framed itself as the place where most people want to live their private lives online. Twitter is making itself the place where people live their public lives — if Facebook doesn’t manage to get there, too. Bebo has tried to frame itself as a “social inbox” but that hasn’t seemed to have resonated with users. Its current incarnation, below. 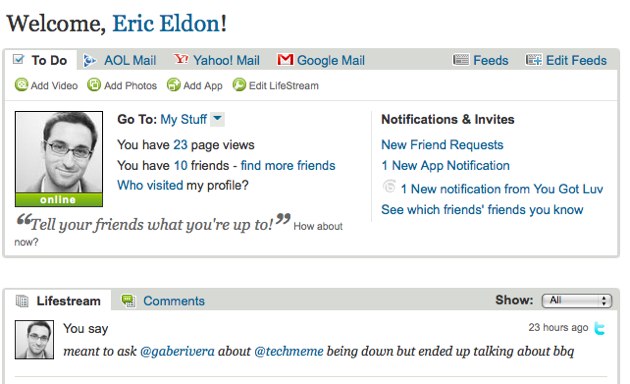 Anyway, another reason to think that Bebo will be sold is that it is part of AOL Ventures, a new arm of AOL created by former Googler and new chief executive Tim Armstrong. AOL Ventures is run by Armstrong’s long-time business partner, Jon Brod, who is charged with investing in promising new ideas and figuring out what to do with older acquisitions like Bebo. If Bebo is for sale, I wonder for how much?

It is apparently a buyer’s market for smaller social networks with falling or stagnant traffic and unclear products. Friendster, which has tried to differentiate itself by is in a similar situation, and is also for sale.