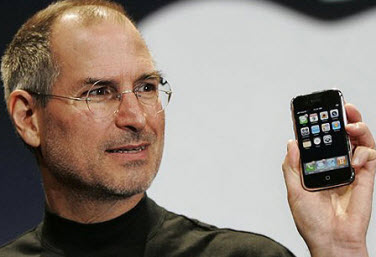 Imagine the pain at Microsoft and Intel. Steve Jobs doesn’t have to do anything, and he still gets outstanding press coverage.

A four-part profile of Apple’s chief executive in Sunday’s Times of London is proof about our outsized-obsession with the master of hype. The story shot to the top of news aggregator Techmeme and has stayed there all day. It really does make you think that if Jobs disappeared, so would Apple’s $140 billion market capitalization. If Jobs goes away, so does the obsession with Apple and all of its free advertising in the press.

I can picture Microsoft’s Steve Ballmer pounding the table in a conversation with his publicists, saying, “Why can’t you guys get a profile on me when I’m doing absolutely nothing? I have to go and do something real with Yahoo to get some coverage!” (I really have heard senior executives at Microsoft complain in this way in the past). On the other hand, over at Intel, chief executive Paul Otellini can check out all of the ugly personal details in the Jobs profile and breathe a sigh of relief. “Better him than me.” Then his own publicists would beg him to do something crazy so the press corps would show up. Meanwhile, I can see Larry Ellison, who has been so much out of the news, saying, “They wouldn’t even write that much about me if it was my obituary.”

The story dredges up a lot of things that Jobs would rather not talk about: his bouts with cancer, his liver transplant, his attempt to tear down an historic mansion in Woodside, Calif., his efforts to enforce secrecy at Apple, his adoption and reunification with his birth family, and an upcoming announcement the week of Sept. 7 where Jobs will reportedly talk about some cool new stuff. Apple reportedly tried to stop the article from being published, presumably because it just doesn’t like personal stories about Steve Jobs.

I’m not sure if there is anything new in the 4,000-word story. But I was surprised to see that Apple employees have to deal with being spied upon by video cameras while sitting at their desks and covering secret projects with black capes. The article is balanced, but it feels like it’s on shaky ground as it tries to psychoanalyze what motivates Jobs to be the way he is: “To Jobs, the world is an epiphenomenon, or a side effect of the existence of Steve. Or rather, it is a pyramid with Jobs at the top.” The article tries to be comprehensive, but it really comes off as a summary of almost every known interesting thing about Jobs and his personal life in his long career. That is, it captures the essence of Steve, but doesn’t really tell us anything new about him.