Incentived PC sales in China climb, making Americans look like a bunch of penny-pinching sissies — Chinese customers bought 11.7 million computers in the second quarter, a 14 percent rise over last year’s sales. The Wall Street Journal says government stimulus plans have helped by knocking 13% off some products, bringing Lenovo’s entry-level PC price to $365. Flat-panel TVs are another hot item for which government incentives are available. Flat-screen glass maker Corning has been unable to keep up with what it says will be a 15% increase in monitor and TV sales this year, despite higher prices.

Microsoft’s chief D.C. lobbyist said to be holding regular “screw Google” meetings — Beltway gossips quoted by Daily Finance say Microsoft holds weekly meetings with Law Media Group, a secretive D.C.-based PR firm, and lobbyists Glover Park Group. Frankly, I think Daily Finance should’ve named the source quoted. At least someone else, John M. Simpson from Consumer Watchdog, stood up and put his name on this quote:  “It’s obvious that Microsoft is engaged in some sort of organized campaign to undermine Google” by casting the search supergiant as a bad guy to the Federal government. 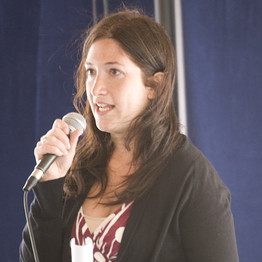 Facebook’s advice for nonprofits — Randi Zuckerberg, sister of Facebook founder Mark, works on nonprofit initiatives for the company. At a New York conference held by Mashable, Randi advised non-profits to avoid these mistakes which the Wall Street Journal helpfully typed up for everyone: Relying on groups instead of fan pages. Including too many apps on pages. Sending donors to sites away from Facebook, which Zuckerberg said keeps them from forming a chatty, engaged fan base on Facebook.

Onstage proposal charms Twitterati — Mashable COO Adam Hirsch proposed to his lady, Mashable Managing Editor Sharon Feder, in front of the entire audience at the Social Good conference in New York City. Besides getting a yes from Feder, Hirsch’s public plea spawned 165 tweets and an entry on Valleywag. Wow, that’s more coverage than my last divorce got. 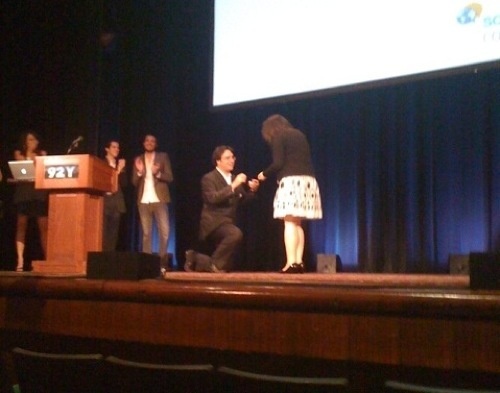