This is part of a series of posts about cutting-edge areas of innovation. The series is sponsored by Microsoft. Microsoft authors will participate, as will VentureBeat writers and outside experts. 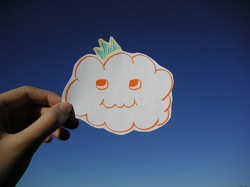 Cloud computing has become a magic phrase over the last year or so. Everyone agrees it’s a hot trend, but people are still arguing about what it is, and who should be using it.

Over next few days, we’ll look at the cloud as part our Conversations on Innovation series (sponsored by Microsoft). The big question we’re tackling: What needs to come together, such as policy standards and programming models, to reach the cloud’s true potential?

To kick things off, I’ll look at where cloud computing stands, and the challenges it faces.

Let’s start by making sure we’re all talking about the same thing. As pointed out by everything from consulting firm McKinsey’s recent report “Clearing the air on cloud computing” to this promotional video from Cisco, everyone seems to have their own definition of the cloud. Gartner did a pretty good job of boiling things down: A recent report from the analyst firm describes cloud computing as “a style of computing where massively scalable IT-related capabilities are provided ‘as a service’ using Internet technologies to multiple external customers.”

Gartner’s definition focuses on the infrastructure side, specifically the movement away from in-house data centers to remote infrastructure provided another company, such as Google or Amazon.  The cloud isn’t just about infrastructure delivered remotely, but software, too — in other words, web applications.

Consumers have probably embraced this idea more fully than they realize. I do virtually all of my writing and my communication on web apps including Gmail, Google Docs, and Twitter. I’m writing this post on a netbook, a low-end laptop that’s designed for web browsing rather than using traditional software. Judging from anecdotal evidence, this might also be true for small businesses. VentureBeat is largely a Google Apps-based company, and Peter Fenton of Benchmark Capital has said one-third of his firm’s portfolio companies operate entirely on cloud infrastructure.

Not everyone is drinking as deeply from the cloud computing punch bowl as me, but people are doing more and more via web apps, rather than traditional software. Most obvious are the hundreds of millions of people who use a web-based email program, and Facebook’s 250 million active users. Even Microsoft, seen as the figurehead for traditional software, is preparing a web-based version of Office 2010. In the consumer world, the remaining question is whether the victory of cloud computing will mean the death of traditional software that you download to your computer, as Google’s Vic Gundotra has argued, or whether we’ll continue to use a hybrid of web-based and native software.

It’s in the large, enterprise-scale companies that we see serious barriers to adoption. The McKinsey report concludes, “Clouds already make sense for many small and medium-sized businesses, but technical, operational and financial hurdles will need to be overcome before clouds will be used extensively by large public and private enterprise companies.” Of those hurdles, McKinsey says, the most pressing one is financial: Once companies reach a certain scale, the recurring costs become substantial, and they have the resources to build their own data centers, so cloud computing stops making economic sense.

Given the money tied in existing data centers, plus the pain of switching over, it’s not enough to save a little bit of cash, either. Dan Di Spaltro, co-founder oa CloudKick, a startup that helps companies manage their applications in clouds like Amazon’s and Rackspace’s, estimates that the financial benefit will need to reach 30 to 40 percent before enterprises embrace cloud computing in a big way.

Beyond the financial barriers, there are technical hurdles, particularly when it comes to security, since companies might be moving sensitive data off-site, out from behind their protective firewalls. Security concerns also lead to legal barriers for some government agencies and and companies.

Ping Li, who focuses on cloud investments at Accel Partners, and whose investments include data processing startup Cloudera, tells me we’ll need to see the emergence of a new cloud “stack” that replaces existing IT infrastructure:

Di Spaltro adds that a final change needs to happen before the big enterprises move to the cloud en masse — “more choice and competition.”

“The prices are only going to keep getting dropping as [Amazon, Rackspace, Microsoft] keep getting better at running these immense data centers, but companies need to feel like they can get comparable offerings to start drive more full-scale enterprise IT customers,” he says.

In the rest of the series, we’ll look at how these challenges might be overcome, and talk in more depth about the implications for companies.