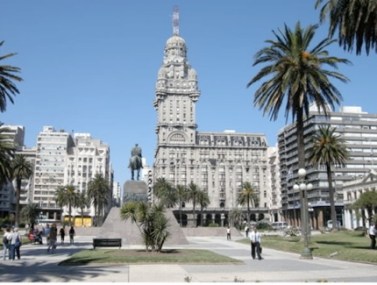 Silicon Valley investors are accustomed to searching for the next great start-up to nurture. In Uruguay, the country’s only venture capital fund is itself a start-up.

Prosperitas Capital Partners’ co-founder Pablo Brenner told me last week on a visit to Montevideo that when he launched the company in 2005, “nobody was ready, not even the lawyers.” He said he had to write the first term sheets himself.

But earlier this year, the fund pulled off its first successful exit. One of its initial investments, Interactive Media Network, which develops instant mobile messaging, was acquired by Mumbai-based Geodesic Ltd.

Brenner and his partners are now in the process of raising a new $100 million fund they expect to close by July, 2010. Although it’s mostly private equity, 10 to 20 percent will be venture capital. They are also in the early stages of talking to a well-known Silicon Valley VC about raising an additional fund for Latin America, entirely venture capital.

Prosperitas’ initial fund has raised $10 million and invested in five Uruguayan companies over the past four years, including Memory, which develops ERP software, CPG Soft, which makes supply-chain software, and Medicaa, which is developing vestibular therapy being tested out at Emory University in Atlanta.

Of Medicaa, Brenner says that although the technology is promising, Prosperitas probably should not have made that investment “because [they] did not know anything about medical equipment.” As a result they invested only one-third of what they should have in the company to get the product to market. Brenner considers it a lesson learned.

Uruguay may be an unlikely destination for Bay Area investors — or venture capital in general. In the 90s, it was the only Latin American country that did not massively privatize its economy. Even today, Uruguayans still favor state control over most utilities such as telephone and electricity. There is one DSL provider, the government.

At the same time, it’s one of the few nations in South America with a leftist government that kept warm relations with the United States during the Bush administration. The former president visited Uruguay in 2007 and the two countries signed a Trade and Investment Framework (TIFA). It was a colorful visit. Venezuelan president Hugo Chavez flew to Buenos Aires, Argentina just across the river simply to stage a counter-rally.

The US-Uruguay alliance has been a pragmatic rather than an ideological one. While Uruguay is one of the founding members of the South American common trade union, called Mercosur, it has long been bullied by larger members Brazil and Argentina. And thus it’s been forced to look to alternate markets for its exports, such as the US.

Though Uruguay’s small size is a handicap in trade with its Latin neighbors, Brenner says that for entrepreneurship, “being small is an advantage.” Companies are unlikely to get rich off of just selling in Uruguay, so they are forced to compete globally from the get-go. He sees an analogy with Israel, another place where the domestic market for numerous well-reputed tech companies is a mere afterthought. Brenner in fact got his start in Israel. While living there, he co-founded Breezecom in 1993, a pioneer in wireless LAN networks and played a key role in developing the initial IEEE 802.11 protocol, according to Phil Belanger, a founding member of the WiFi Alliance. Breezecom set up one of the first Wi-Fi access points in the world, so Brenner is accustomed to creating new market opportunities without being restrained by geography.

Back in his home of Uruguay, today he sees hope from the Uruguayan government’s committment to technology, in particular an aggressive digitalization agenda. The country does have limitations. One is an antiquated stock exchange with few listed companies and thus not much liquidity. But Uruguayan politicians are making advances according to Frank Baxter, former US Ambassador to Uruguay, who visited Montevideo last week.

He said the Uruguayan Senate passed a bill that would give companies greater incentives to list. It currently awaits House approval. Baxter, a one-time NASDAQ board member and long-time former Chairman and CEO of investment banking group Jefferies and Company said, “There is a momentum there which is very exciting. It is just a matter of time.”

Baxter is high on Uruguay and Brenner’s efforts. He says that the country “has very honest people and honors contracts” and that “it has the potential to be the financial center of Spanish-speaking Latin America. It punches above its weight.”

Vinod Sreeharsha is a freelance journalist based in Buenos Aires, Argentina, who covers Latin America for numerous well-known media outlets.