ACS, newly acquired by Xerox for $6.4 billion, still unable to explain what the heck they do — Dean covered the story, but those of us left at the office admit we don’t know what exactly ACS does beyond “collecting tolls and installing computer systems in government agencies.” Wikipedia isn’t much help, either. Will someone at ACS please start over, from the beginning, and explain slowly what ACS provides to who? [UPDATE: Rebecca from ACS sent us an answer, including a video link that explains indirectly why ACS is worth 6.4 Twitters.] 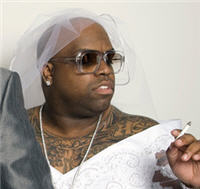 Google adds way more statistics to tools for media companies — In Googlespeak, they’ve integrated Content ID with YouTube Insight. In English, it means all the statistics and data Google already shares with content uploaders is available to Content ID partners. So companies whose copyrighted materials end up in wedding videos can get demographic stats and more. 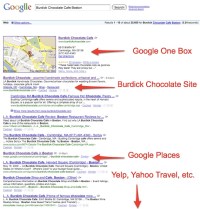 Speaking of Google, is Google just going to crawl itself now, or what? TechCrunch’s Erick Schonfeld reports on the gradually increasing number of Google search results that are Google-generated content. Last week’s launch of Google Places on Google Maps brought us potentially one step closer to Google Apocalypse.

AdAge challenges Meg Whitman’s “can-do Celebrity CEO” image — If she wants to play politics, Simon Dumenco’s slam is only a warmup for the hostility she’ll need to handle every day:

“Contemplating Brand Meg (her campaign bumper sticker — MEG 2010: A NEW CALIFORNIA — encourages that first-name intimacy) requires a rewind to CEO Whitman and a simple question: Was she really such a great leader? Like, billionaire great?”