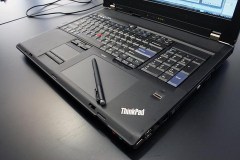 Lenovo, the world’s fourth largest PC maker, is rushing to claim the fastest boot-up and shutdown times for Windows 7 on its ThinkPad laptops and ThinkCentre desktop machines.

Why does a PC need to boot in 30 seconds instead of 60? Because boot time is one of the major factors that buyers focus on when shopping for a new computer. Shoppers use a computer’s boot time to gauge its overall performance, so it’s worth it for Lenovo to commit a full-time Velocity team in North Carolina to the sole job of speeding up boot and shutdown times.

A story in Computerworld recounts the geeky details of speed boosts that Lenovo engineers wrung from the company’s computers by searching for every possible way to knock a fraction of a second from boot time and from shutdown time. Here’s a list of just a few of them:

Even if you can’t follow all the nerdspeak, Computerworld’s story is a good read that shines a light on just how much work goes into making a computer boot up a few seconds faster. There’s an unwritten insight in the article: For all the time we spend using our computers, we can’t stand to wait a few seconds for them to boot, or to shutdown. It seems to be hardwired human behavior, like the urge to throw a mobile phone in aggravation. Lenovo’s Velocity team can take pride in making the world’s information workers, impatiently toe-tapping in line at Starbucks, just a little less peevish.