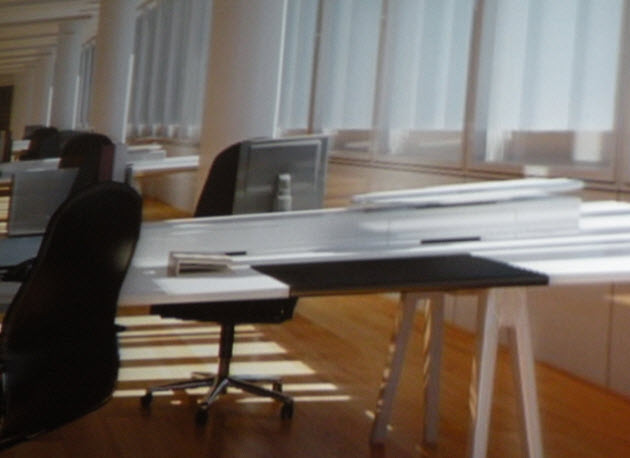 Nvidia showed off a way for graphics aficionados to tap the resources of cloud computing to render highly realistic graphics images.

The Berlin, Germany-based Mental Images division of Nvidia showed off its iRay technology, which can tap a cluster of graphics-focused computer servers in a data center to render a lifelike 3-D image on a display that is far away. The technology can speed the creative process for product designers, engineers, and artists by accurately simulating their 3-D creations. It’s a cloud-rendering service that is not unlike the rival AMD Fusion Render Cloud announced by Advanced Micro Devices in January. 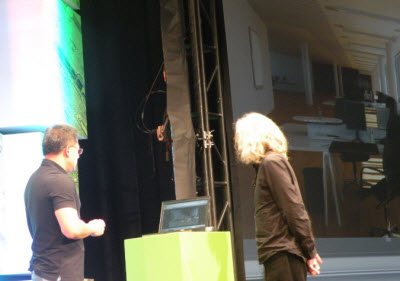 With it, graphics professionals can get access to computing resources that can render 3-D images in minutes instead of hours without compromising the quality and amount of detail in an image, said Jon Peddie, graphics analyst at Jon Peddie Research.

Jen-Hsun Huang, chief executive of graphics chip maker Nvidia, showed off the technology at the company’s GPU Technology conference in San Jose, Calif., today. Michael Caplan, a graphics researcher, showed a precisely modeled 3-D image of a room (above) that looked like an office room in the real world. He showed how he could change the sunlight level and, using the iRay technology, immediately make the changes in the scene. Huang said that consumers will ultimately have access to this kind of technology. The iRay technology can thus lower the cost of making photo-like 3-D imagery.