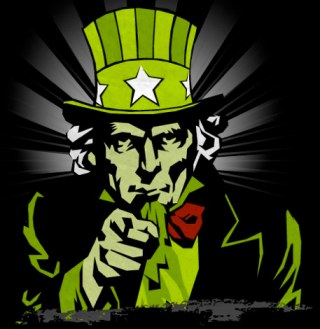 If you think about the world of music discovery today, there are startups for following others’ tastes like Last.fm, Hype Machine or Spotify, with its playlists. Then there’s Pandora, which uses algorithms to suggest similar songs based on structure.

But they’re asynchronous — short of watching live concert streams, you’d be hard-pressed to find a place on the web for simultaneously experiencing and reacting to new music with strangers.

Jelli, a San Mateo-based startup, is trying to be that space. It’s like Total Request Live but with all the bells and whistles you’d imagine the web could bring to radio. The company announced a national syndication deal today with Triton Radio Networks and is also bringing its shows abroad to Australia.

Jelli has taken an old-school approach by signing contracts with local radio stations for one or two-hour shows. People log on to Jelli’s site and vote songs up or down the playlist in a Digg-like fashion. Then there’s chat to rip on or approve other people’s choices.

There are also gaming elements like “Bombs” to shut down someone else’s bad song choice and “Rockets” to shoot your song to the top of the list. Jelli maintains order by giving listeners a limited number of bombs and rockets. They can win more by picking songs that everyone else likes.

Because of the social element, Jelli’s community can come up with pretty creative playlists on the spot. A school-themed music playlist had The Police’s “Don’t Stand So Close to Me,” Van Halen’s “Hot for Teacher” and Pink Floyd’s “Another Brick in the Wall.”

“It’s crowdsourced music, but we provide it in a social, rather than an isolated stream,” said Mike Dougherty, the CEO and founder of Jelli. “It’s like you’re stuck with a bunch of people in the kitchen at a party and you have to figure out how to work it out.”

But wait, how does radio get Jelli exposure at a time when younger users are drifting away from the medium? It’s a valid concern, but Jelli’s little business secret is that radio frees it from living and dying by the streaming contracts that have hampered other music startups. Currently, broadcast radio stations must pay songwriters but not performers or copyright owners like record labels. Jelli has an online presence, but the radio revenue can help subsidize the streaming costs online.

“We wanted to keep it simple,” said Dougherty. “We wanted to come up with something revolutionary, but have very straight-forward economics.”

Dougherty and his team have experience in reinventing older technologies — he was vice president of business development for Tellme Networks, a voice recognition company acquired by Microsoft in 2007 for a reported $800 million. His partner Jateen Parekh was the first member recruited for Amazon’s Kindle team.

Dougherty said the company is privately funded and has 10 employees. 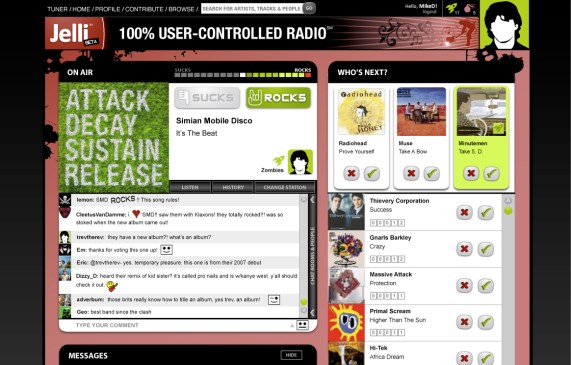