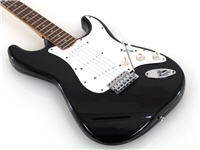 Google to launch music service — It will be something like Google Finance for music, but with the addition of downloads. Reporter Brad Stone gathered an exceptionally insidery report for the New York Times:

“For example, if you search for Green Day’s song “21 Guns,” a Google page devoted to the song will offer lyrics, photos, tour dates and opportunities to sample the music from streaming services like Lala and iLike, a division of MySpace.

We have also learned that more online music services, including Imeem, may be added to the Google service in the next week.

No money is changing hands in these deals, a person with knowledge of the discussions said.”

Ning launches virtual gifts — The social network platform has created its own virtual currency, measured in “credits.” users can buy credits and give gifts at an introductory price of $1.50, or 75 Ning credits, per gift. As part of the launch, everyone on Ning gets 100 credits to their account, so they can test-gift a friend. Ning’s press release gets bonus points for using Lost Zombies (pictured) rather than, say, John Mayer to hawk the platform.

Internet users more likely to update their statuses than ever — Did you think the whole Facebook/Twitter thing was over? Au contraire. A new Pew study found that the number of Internet users who now use Twitter or another service to read and/or write status updates is up from 11% last December to 19 percent today.

Pew also found that the more gadgets someone owns — laptop(s), smartphone(s), game console(s) — the more likely they are to use Twitter or another service to update their personal status. This is an important stat, because it confirms our gut instinct that social networks are not gadgets, yet there’s a hard-to-describe connection between social networks and gadgets.

“No one has the right to exist in business. It’s that simple.” — New York Times digital operations chief Martin Nisenholtz at the Web 2.0 summit panel on the future of journalism. True, but bloggers waiting for the Times to lie down and die — I seem to attract them at parties — are going to be sorely disappointed.