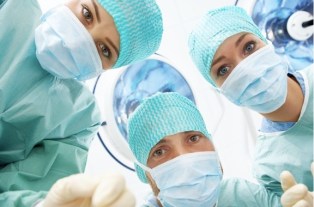 GigaOm’s NewTeeVee Live event, which explores the future of TV, took place in San Francisco today. Though there were a number of interesting demos and presentations, three really stood out as being most likely to shape how we watch TV in the immediate future.

The first of these was Boxee‘s announcement that it will be coming out with a dedicated Boxee box next month (which we covered briefly earlier today). Boxee is a software platform that integrates media from several internet sources (which is why Anver Ronen, CEO of Boxee, thinks the future is “Internet Everywhere”) and your personal hard drive, and presents it in a user friendly fashion. As I mentioned in an earlier post about iTunes TV, Apple TV and Boxee are helping change the user experience of online TV.

Although I like the user experience and friendliness of Boxee’s interface, hardware support to create a TV-like experience has been seriously lacking. For example, when I use Boxee on my Comcast broadband connection, several channels, such as MTV Music, are painfully slow. It’d be great to have a piece of hardware that can help stream the Boxee content and also project it on my big screen rather than on my PC. You can do that today by hacking Apple TV, but there’s no easy and elegant solution out there. When Boxee delivers its promised box, I’ll be able to watch MTV Music, Youtube, CNN, MLB.com, and several other internet “channels” seamlessly on my TV. That’s a game changer. Of course, the big questions are, how much is the box going to cost, and what other boxes will support Boxee in the future?

Second up is Comcast’s announcement that its Comcast On Demand Online service will be available in December. The service will let Comcast subscribers watch content online. Amy Banse, president of Comcast Interactive Media, said the service will let you watch channels on up to three devices. So, if you subscribe to HBO with Comcast, you’ll be able to watch it online or on another device. Comcast On Demand Online is a way to counter the threat of Hulu and Netflix-like services that are distributing TV content over the internet. Comcast, however will face challenges from cable networks such as ESPN, which already have online presences and thus have little to gain from the new service, and from other networks that will demand higher affiliate fees as their advertising dollars decrease by moving online.

Another problem Comcast is still going to face is backlash against its bundling strategy, and I think that’s where iTunes TV can win more consumers (assuming it providers a la carte, or smaller bundles). By the way, Avner of Boxee predicted that iTunes TV subscribers would exceed Comcast subscribers by 2015 (this is what I alluded to in my article last week, though I wasn’t as bold as Avner). When Chris Albrecht of NewTeeVee asked Banse what she though of Avner’s projection, she sounded very friendly towards Avner. Could these be signs that Comcast is approaching an acquisition of Boxee?

Finally, whether it is Internet Everywhere (Boxee’s approach) or TV Everywhere (Comcast’s), finding content will still be a challenge. That’s why it was great to see startup Clicker go live today. Clicker provides an online TV guide and program search service. It pulls content listings from several online sources, and categorizes and organizes them so they’re easy to navigate. It also sources listings from paid services such as Netflix and Amazon Videos.

What’s exciting is that — unlike the newspaper industry, which is struggling to stay relevant due to free online news — the TV and video industry is still going to thrive because of consumer demand and willingness to pay for premium content. Nonetheless, power will be changing hands, and newer players such as iTunes TV and Boxee could do real damage to incumbents such as Comcast.