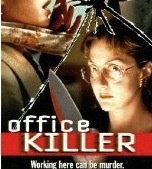 Google Docs seems to get a lot of flack — not surprising, since it’s pretty bare bones, as word processors go. But that will change next year, Google Enterprise President Dave Girouard told ZDNet Asia.

Specifically, Girouard said Google plans to make 30 to 50 improvements to Docs’ features, performance, and more — it might not match Microsoft Word (which Girouard described as “an overkill tool”) feature-for-feature, but it will make be capable of serving “the vast majority’s needs.” At that point, big companies will be able to “get rid of Office if they choose to.”

To put this into perspective, Microsoft says there are 500 million Office users, while Google says Apps, its bundle of business applications including Docs, has 20 million. So even if Girouard’s vision of a world where Docs is the mainstream product and Word is niche software comes to pass, it will probably take a while to happen. And Microsoft isn’t standing still in the meantime — Office 2010 will include lightweight web applications for collaboration, which could steal some users back from Google.

Still, we use Docs for a lot of our day-to-day writing at VentureBeat, and I’ve talked to plenty of businesses that do the same — especially startups. So Girouard isn’t totally nuts, either.