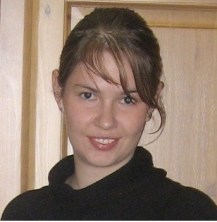 Does your business have a plan for mobile? How’s this for a novel idea: Don’t just go charging in to develop your own iPhone app. Take just a little time to consider what makes the most sense for your company. Mobile advertising can be a great way to get your feet wet, while building up a full mobile presence requires a bigger investment with the possibility of greater rewards and risks.

With mobile, your company has an unprecedented opportunity to, with one ad buy, reach your customers whether they happen to be in line at the grocery store, in their car, cooking, or at a restaurant.

According to Digital Life America, smartphone users have an income 50% higher than the national average, so they’re an attractive market to reach. Furthermore, a recent report by Telecom Trends International predicts that smartphones sales will overtake regular phones by 2015, so expect an expanding audience.

Many mobile advertising networks and exchanges are starting to offer highly accurate targeting for mobile campaigns. Choose between advertising on the mobile web, in mobile applications, or via other methods such as SMS. Mobile web and in-app advertising are growing dramatically as they become an increasingly effective way to reach a high-income consumer.

Many online ad networks are starting to offer mobile options, too. If you’re doing internet buys anyway, why not expand your reach to mobile? Furthermore, the small mobile screen means higher engagement as your advertising is front and center. If you’ve decided to advertise you have a few options to choose from depending on your goals.

In-app advertising is ideal for reaching the growing smartphone audience. The Apple App Market has 115,000 apps, and the Android market already has 13,000 according to a Mobclix App Snapshot in a recent SMART report. In-app advertising can allow in-depth targeting based not only on application, but also by behavior, demographic information, and location. For example, sports stores can choose to advertise on fantasy football apps, and brick and mortar stores can use location-based advertising.

Advertising on the mobile web is a way to reach a broad audience. Many devices with small or non-existent app markets will support web browsing. Similar to in-app advertising you can target specific audiences and measure your engagement.

Pros: Access a larger audience.
Cons: Hard to build ads that will appear native on all devices, iPhone and Android device geared towards apps

Sponsoring an app: This way you leave the job of creating a top app to someone else, but still associate your company’s name with it. An example of this is the 50 cent “Baby By Me” sound lab that allows the user to remix 50 cent’s latest song, while prominently featuring Vitamin Water. This is much less common, but depending on your marketing strategy, might be a good middle way between banner ads and developing your own application.

Pros: Guaranteed success of being aligned with a top app. Reach a larger audience than with your own app.
Cons: Can be expensive, not your own app, success usually temporary.

Overall, advertising is a great way to try out the mobile space quickly and without committing major resources. Building a good mobile app, by comparison, can cost anywhere from $50,000 to $150,000; and for many companies, that money would be better spent on an advertising campaign.

Many ad networks will allow you to start slow with a test campaign to see what kind of engagement levels you can reach. Plan to spend time developing your mobile creatives. With the limited screen space available, building a high-impact ad banner and landing page is key. You should consider building interactive ads or specialized campaigns that click to a coupon, call, or a map.

Extend your Internet Presence to Mobile

Nowadays, it’s unheard of for a business to go without a website; and it’s time to feel the same way about a business without a mobile presence too. Whether your business would be better served by mobile applications or a mobile web site, it’s time to start thinking about mobile as simply another way to reach out to your customers.

Creating a mobile version of your website can build goodwill and increase conversions among the smartphone set. Mobile internet usage is growing at a rate of 20 percent a year according to Mobile Marketer.

Depending on your site, it’s generally a smaller investment than a mobile app and will work on all devices, not just a given app market. If your audience is involved in mobile, then having either a mobile site or an app is worth considering.

Pros: Works on all devices that support web browsing.
Cons: Not as immersive as an app, harder to build buzz around it, content not as rich as website (no flash, etc.).

Building a mobile app is another option. When undertaking such a project it’s good to think about concrete goals for your app before simply rushing into it. What would be a successful app for you? An app that gets a lot of buzz, encourages users to interact and build brand loyalty, or an app that converts users into sales? These different goals result in very different apps.

You could build a fun app that gets users interested, an app that allows customer/business interaction, or an app focused on ecommerce. Ebay’s iPhone app is a great success story for an ecommerce app. It brought in $400 million this year, according to TechCrunch.

Adobe’s Photoshop Mobile is a successful app intended simply to build buzz and consumer loyalty. It’s a free app, currently in the top 10 free apps list, that allows users to play around with their photos. It encourages users to check out and upload to Adobe’s photo sharing site, allowing Adobe to extend its reach to mobile consumers.

Pros: Build customer loyalty and buzz, possibly include ecommerce.
Cons: Big investment, most such apps don’t make it to the top.

If you already have a web application, and/or software as a service, then extending your service or product to mobile can not only add value to your users, but drive signups and create buzz. For example, Salesforce built out Salesforce Mobile, an iPhone app that allows Salesforce users to access their information on their phone. There’s both a lite version that any Salesforce user can access for free and a full version that’s only for customers with unlimited or mobile licenses.

Cisco’s WebEx went a similar route with a mobile application that lets you join a WebEx meeting from your iPhone. Building a mobile component adds user value, as customers increasingly rely on their mobile devices; it also positions your company as the technology leader that is updating for the benefit of its users.

Furthermore, some companies are finding that mobile is becoming more important for them than web. Internet radio provider Pandora, created a mobile application in July, starting with the iPhone but soon moving on to Blackberry, Palm, and Android. Now, Pandora has found that almost half of first-time users are signing up via mobile devices and 24% of its total user base has a smart phone account, according to GigaOm. Building out a mobile service can greatly expand your user base.

What strategies does your business use to reach a mobile audience? Start serious discussions today. Your competition is probably already doing it.

Megan Berry is an evangelist for Mobclix, the industry’s largest mobile ad exchange, working on social media and marketing. She also blogs at The Huffington Post and the Mobclix blog. You can follow her on Twitter as @meganberry, or through the @Mobclix handle.