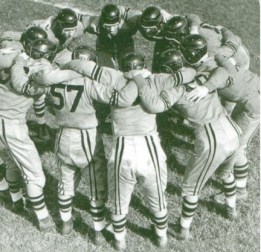 Rumors have been circulating for months that a consortium of major magazine publishers has been at work on a plan to provide digital content through an online store similar to iTunes or Amazon. John Koblin of the New York Observer reported on November 23 that rival magazine publishers Time Inc., Condé Nast, and Hearst appeared to be moving closer to an agreement on the joint venture.

Now the London Times is reporting that News Corp. and Meredith have joined the consortium of companies, and the venture is expected to be announced this week.

Time executive vice president John Squires, said to be the main proponent of the initiative, is expected to serve in an interim leadership role at a new company that would offer content from a large variety of major magazines including Vogue, Vanity Fair, The New Yorker, Time, People, Sports Illustrated, and Better Homes & Gardens. With the addition of Wall Street Journal parent News Corp., it seems increasingly likely that newspaper content will be part of the offering.

According to Koblin, “The company will prepare magazines that can work across multiple digital platforms, whether the iPhone, the BlackBerry or countless other digital devices. The company will not develop an e-book, but create something that people familiar with the plans compare to iTunes — a store where you can buy new and distinct iterations of The New Yorker or Time. Print magazines will also be for sale.”

The joint venture, which would represent one of the largest deals in the history of US media, comes amid worsening economic news for the magazine industry. November saw a round of layoffs at Time Inc., including staff at Fortune and Sports Illustrated, aimed at cutting $100 million in costs. Condé Nast announced the closing of four magazines in October in an effort to mitigate the effects of declining ad revenue. News Corp.’s cable, television, and film properties are highly profitable, but its internet division, which includes MySpace, is down in revenue this year, and its print sector has been subject to the long decline of print over the last decade.

Clearly, media companies need to take action to counteract the irreversible decline in print subscriptions and advertising revenue, though what is not clear is how well the iTunes and Amazon business models can incorporate magazine-type content.

“With magazines, the form has to change,” acknowledged Squires in a February interview with the Observer, suggesting that “there are ways to design magazines differently for that kind of experience that’ll be attractive and will feel different to a consumer.” Details on how content will be repackaged have not been forthcoming as of yet, though Squires has noted that the new breed of magazine content will need to be compatible with a broad range of digital devices.

Some observers have pointed to precedents such as GQ for the iPhone, available today through the iTunes App Store, where the periodical issue concept remains unchanged but features have been reimagined for the iPhone platform. Successful online-only magazines such as Salon.com, on the other hand, have moved away from the monthly or weekly model and toward ongoing content updates that help to guarantee repeat visits on a daily basis and thus drive ad revenue.

Magazine publishers have shown great interest in tablet PCs, with Time Inc. recently unveiling a digital issue of Sports Illustrated for tablets that will launch in 2010. Publishers may be betting on the tablet’s eventual success as a component of their plans. As with GQ for the iPhone, the tablet version of Sports Illustrated sticks with the core idea of a weekly or monthly periodical, adding social networking links and giving readers the ability to rearrange the magazine at will. Notably, the online Sports Illustrated demo pays very little attention to advertising content.

Adding to the challenges of the new venture is the fact that content from many magazines is already available for free online. Typically, as with NewYorker.com, only some articles from each issue are restricted to subscribers. Again, thus far few details have been revealed about the positioning of new offerings in the face of existing online content.