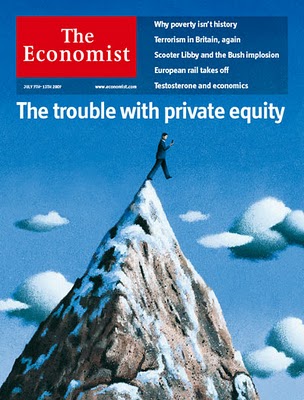 Last year was just miserable for private equity fund-raising in the United States. Hitting its lowest point since 2003, private equity (including venture capital) fell 68 percent to $95.8 billion across 331 funds, down from $300 billion across 508 funds in 2008, according to Dow Jones LP Source.

No category of funds escaped the slowdown, except for secondary funds — a major outlier that saw a more than 50 percent increase in fund-raising.

Here’s a summary of the other findings:

While most funds struggled to raise enough money to make something happen last year, there were a few bright spots. Hellman & Friedman was able to snatch up $8.8 billion for the seventh fund out of Hellman & Friedman Capital Partners. Charles River Ventures and Matrix Partners also got more than they asked for in 2009. But these three are serious exceptions. As VentureBeat reported yesterday, even heavyweights like New Enterprise Associates, which just closed its 13th fund at $2.5 billion, had a trying time find enough money — NEA came in $500 million under its target.

The dip in fund-raising, and resulting modest fund sizes, may have a serious impact on investment decisions for several years. As the Wall Street Journal notes, average deal sizes have shrunk accordingly. This could be good news for early-stage startups looking for morsels of funding to get the ball rolling. But it could be disastrous for late-stage players who, facing a still-thawing IPO market, need larger sums to extend their runways.

What’s also interesting about the data is how it broke down by quarter. Going into the fourth quarter, there were definite signs that the economy was rebounding. But, despite glimmers of hope, the downward trend in private equity persisted to the last. The fourth quarter actually saw the lowest amount of private equity fund-raising all year long — even lower than the first quarter when everyone was still spooked by the downturn. Only $35 billion was raised by 75 funds in Q4 of 2009.

It looks like limited partners are taking a bit longer to recover from the blow delivered by the downturn, having become more choosey about where to put their money. It’s unclear whether growth in 2010 will be enough to change their minds.