The company also retooled its Twitter integration today, letting people change the attribution on their tweets. When you normally tweet, a tiny line under your tweet will show where you sent it from, whether that’s Twitter.com, Seesmic or Tweetie. Ning will let you send tweets and have them appear as if they’ve been sent from your social network. (See the example below.) 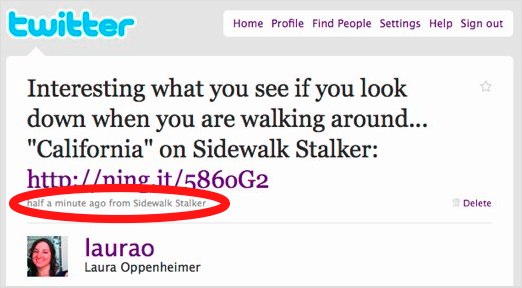 The company, which was co-founded by Marc Andreessen, was valued at $750 million during its last fundraising round. The company also upgraded its logo and redesigned its site to help users find more networks to join.