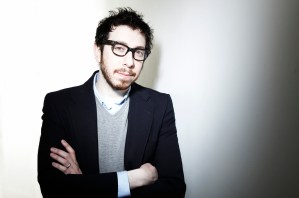 Gearhead megasite Engadget, which attracts millions of readers every month, sometimes millions in a single day, disabled comments on its posts this morning in response to a barrage of what the site’s editor called “trollish” comments in the wake of Engadget’s extensive iPad-related coverage last week.

“We have a huge readership, but the vast majority of our readers do not comment,” Engadget editor in chief Joshua Topolsky told me in a phone interview. “But we’ve had an influx of new readers due to our iPad coverage last week, which blew away our previous [traffic] expectations.

“Unfortunately, we’ve also had an influx of readers who are very trollish.”

What does it mean to be trollish? “They’re not coming here to talk about technology,” Topolsky said. “They’re coming to incite arguments. They’ll post things like ‘VAIOs suck, Macs rule,’ or ‘Macs are gay.’ They’ll go off-topic and get racist or sexist just to be inflammatory.

“I can handle the flamewars. But in the past few days we’ve had attacks against our readers and our staff that were personal. One guy posted page after page of ‘fuck you, bitch’ to one of our female editors.” Engadget’s editors delete such comments.

The Apple flamewars go both ways on the site, with Topolsky’s trolls coming from both pro and anti-Apple camps. In fact, a common insult hurled in the comments is that Engadget is being paid by Apple to write lots of positive coverage. “We get that a lot,” he said. “‘Why don’t you change your name to Applegadget?'”

“The amount of Apple stuff we don’t cover is amazing,” he protested. “We didn’t run that third-hand quote from Steve Jobs supposedly saying the tablet is ‘the most important thing I’ve ever done.’ Did he even say that?”

Pointedly, Topolsky insisted that advertiser pressure was not a factor in his decision: “It doesn’t even play into it.” In a separate interview, he told Business Insider that there was “zero business angle” to the decision. He said the site’s previous editors, Peter Rojas and Ryan Block, also disabled comments a few times when similar trollfests broke out.

But wait. How does turning off comments for what he says will be a few days fix the problem, I asked. Doesn’t it just send the trolls elsewhere to do the same thing? “Honestly it’s a bit of an experiment,” Joshua answered. What he didn’t want to say was: Engadget is a much, much bigger stage for commenters to be seen on than TUAW or MacRumors.

“I’m not trying to send them to another site, I’m trying to diminish their interest,” he said. “I’m hoping they’ll get bored and decide to stop commenting.”