It’s OK if you don’t know about Hi Media. The Paris-based, publicly traded company (they’re traded on Eurolist B) has been around for 10 years but has kept its focus in Europe. Only last year did it set up shop in the UK.

But Hi Media is somewhere between Microsoft and Yahoo in reach for its display ad network in nine European countries, with 130 million monthly unique visitors served worldwide. The company also owns New York-based photo sharing site Fotolog, and does substantial business in Brazil.

Now, Hi Media has set up a sales office in San Francisco in an attempt to capture the American micropayments market. Its product, Allopass, is designed to handle transactions of 5 to 15 units of currency — dollars, francs, pounds, euros, whatever. 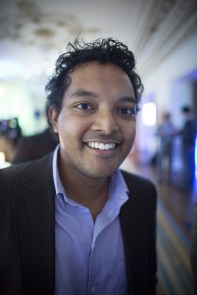 “Microtransactions are a $100 million business in Europe,” Preena told me in a phone interview. “We can monetize transactions in five minutes or less from 60 countries.”

Hi Media has been in the payments game for eight years. Millions of Europeans have used Hipay, the company’s Paypal competitor for euro payments, designed for the European market’s preference for debit payments over credit card charges. But the past year brought a major shift in where Preena’s revenue comes from: Instead of monetizing content, Hi Pay is now mostly monetizing games.

Hi Media is not only a payment provider, it’s a content publisher and an ad network — three businesses under one roof. Its publications reach an estimated 55 million unique monthly viewers.

“We’re the only company I know of that does both advertising and payments,” Preena said, unlike mobile payment competitors Boku and Zong. “And unlike Microsoft and Yahoo, there’s no risk that we will compete with our clients’ core businesses.”

I attended a panel discussion sponsored by Hi Media in January. Representatives from Zynga, Flirtomatic, mig33, Orca and Playspan agreed on three things: First, mobile payments are the Holy Grail that will enable a full-blown business ecosystem on smartphones.

Second, U.S. wireless carriers suck, because they demand 50 percent instead of 20 percent commissions, and can take months to pay up. And third, Americans aren’t going to accept what’s called “carrier billing,” where your in-game purchases are charged to your phone bill. Here’s why: Imagine having your family’s phone service shut off because you didn’t pay your gaming bill.

Hi Media has plenty of experience and expertise in making payments frictionless, to use the industry jargon. But Pooj would benefit from a high-profile American brand name client. He’s just started in San Francisco, so give him a while to do some selling and bizdev. Here’s an idea: What if Hi Media handled $5 transactions for Craigslist users who don’t have bank accounts? There are more than you might think.