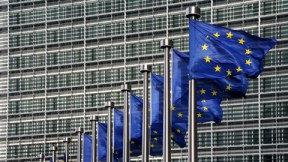 European antitrust regulators are investigating complaints in France, Germany and Italy by competitors who claim Google is unfairly using its huge market advantage — sometimes an even greater percentage of local searchers than in America — to push them out of business. We initially reported this last night, but there is more detail now.

Most notably, Microsoft-owned Ciao, a comparison shopping site which Microsoft acquired in 2008 and has since integrated into its Bing search engine, has joined with map service Euro-Cities, the German newspaper Bild, and German magazine publisher Hubert Burda Media in complaints against the Silicon Valley search giant.

At least part of the complaints is a charge that Google plays favorites in its search results and in its paid search service, AdWords.

The Times reported that Ciao’s original complaint in Germany charged Google with a lack of transparency in how advertising revenue was divided. Ciao’s AdSense contract expired in January.

Our algorithms aim to rank first what people are most likely to find useful and we have nothing against vertical search sites — indeed many vertical search engines like Moneysupermarket.com, Opodo and Expedia typically rank high in Google’s results. For more information on this issue check out our guidelines for webmasters and advertisers, and for an independent analysis of Foundem’s ranking issues please read this report by Econsultancy.

Regarding Ciao!, they were a long-time AdSense partner of Google’s, with whom we always had a good relationship. However, after Microsoft acquired Ciao! in 2008 (renaming it Ciao! from Bing) we started receiving complaints about our standard terms and conditions. They initially took their case to the German competition authority, but it now has been transferred to Brussels.

Google representatives have not clarified what aspect of their “standard terms and conditions” was the focus of Ciao’s complaint. The Times reported that Ciao’s original complaint in Germany charged a lack of transparency in how advertising revenue between Google and Ciao was split.