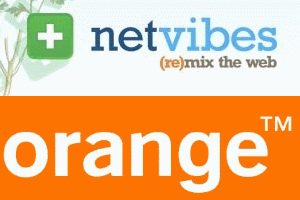 Netvibes — one of the leading personalized home page providers — is partnering with Orange — the world’s fifth largest telecom operator — to deliver widgets to 130 million mobile users. The partnership will bring Netvibe’s catalog of some 200,000 widgets to Orange’s mobile users throughout Europe, Africa, and the Middle East across a wide variety of handsets.

Netvibes’ widget collection, dubbed the “Netvibes Ecosystem”, will be available on the “Orange widgets” service — which is a feature on 80 percent of Orange’s handsets.  We don’t know which handsets specifically are getting the new widgets, but the press release mentions that it will span phones across the majority of cellphone manufacturers — from basic phones to smartphones. Netvibe’s widgets will also be available via djinngo mobile, an Orange service that any cellphone user in the world can take advantage of, and soon in the new Orange Application Shop.

Netvibes describes widgets as “highly-portable Web applications that can run on a variety of platforms, such as start pages, desktops and mobile devices like the iPhone.” The beauty of implementing the Netvibes Ecosystem in mobile phones is that all of the currently available widgets — developed for Netvibe’s original home page product — will be immediately available. Widgets vary in functionality from simple (a weather widget, for example) to complex (a Facebook widget that can show your timeline and make you aware of any new messages).

Orange is working on a software developer kit that will allow widget developers to ensure that their widgets work properly on mobile devices, and allow them to easily develop new widgets with mobile in mind.

The companies also hint that Netvibes’ widgets will likely appear in Orange’s IPTV and broadband arms as well. Netvibes recently partnered with T-Online in Germany to deliver its personalized home page product to millions of users, so it’s likely that Orange broadband users will see something similar. Netvibes hasn’t made the jump to TV screens yet, but it could potentially find some use in programming guides for Orange IPTV users.

Orange and Netvibes today announced a partnership to bring the world’s largest collection of mobile widgets to all types of mobile phone user across an extensive range of handsets. Netvibes’ huge catalogue of nearly 200,000 real-time widgets will be available on Orange widgets, a service featuring on 80% of handsets shipped by Orange. It will also be available on djinngo mobile, an Orange service open to any mobile phone user in the world. And soon, mobile widgets will be available to Orange customers in the recently launched Orange Application Shop

The widget collection, known as Netvibes Ecosystem, is a library of popular widgets from the leading content providers around the world. Customers will access Orange widgets with one click from the Orange homescreen. The service has a carousel from which they can chose their favourite widgets and will be available on devices from the majority of handset companies, including basic phones right up to the most sophisticated smartphones.

Orange widgets first launched in July 2009 and was designed to be quick and easy to use – even for customers totally unfamiliar with mobile multi-media services. By providing access to the best, most popular local content, in customers’ own language, Orange is seeking to open a new mobile widget marketplace for everyone.

By bringing a user-friendly widget service to the mobile mass market, Orange is also giving content developers access to an entirely new market of users. To facilitate this, Orange is creating a software developer kit to ensure a simple and efficient process for developers to create new and value-adding widgets.

Commenting on the partnership, Paul-François Fournier, Executive Vice-President, Audience and Advertising, Orange said:  “As the largest independent provider of real time widgets across 90 languages, Netvibes was the ideal partner for us. Our strategy is to make mobile widgets a reality for everyone – not just the mobile multimedia fans with sophisticated smartphones. Our approach is to offer diverse local content, in all languages, with an intuitive and simple experience that will appeal to all. Netvibes’ catalogue includes widgets from content developers around the world and this was important for us as we will be offering widgets across Europe, Middle East and Africa”.

“Our vision is to personalize the entire online world and empower consumers to customize their entire Web experience. Thanks to our partnership with Orange, we are bringing personalized widgets to millions of consumers everywhere,” said Freddy Mini, CEO Netvibes. “The era of the real-time, personalized Web has truly begun.”

While the partnership will focus initially on mobile widgets, the partners will draw on Orange’s leadership in broadband internet and IPTV to extend the experience across other screens.

Lean more about the Orange Netvibes partnership on video at www.orange-innovation.tv/mobile