(Editor’s note: Will Herman is an entrepreneur who has founded or held senior roles in several tech companies. This story originally appeared on his blog.)

Don’t even get me started about the sorry state of American technological and economic competitiveness and our complete ignorance of what really made the U.S. a great and growing country since its inception.

We are so caught up with balancing what is politically correct, what is politically achievable and not disrupting paths to reelection that we have forgotten what it’s like to have dreams and to work towards a significantly better or, at least different, future. 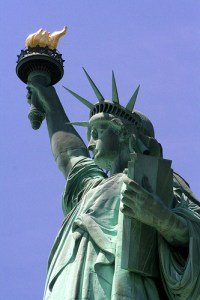 Because we, as a nation, are so stuck dealing with the present, we have found ourselves mired in a tar pit of legislative nonsense that is slowly killing our chances to be competitive with the rapidly expanding world around us. And yes, being economically competitive is, in fact, necessary if we want to maintain our current societal dreams and values.

Because of the work of a variety of smart and dedicated people, including Paul Graham and my good friend, Brad Feld, one small, but critical cog in the complex machine of government regulation has been given a chance to turn. Late last month, Senators John Kerry (D) and Richard Luger (R), the two ranking members of the Senate Foreign Relations Committee proposed legislation to create a Startup Visa.

Simply put, anyone from anywhere who starts a company in the U.S. and is able to reasonably capitalize it can get a visa to stay in this country to develop their business here, on American soil with American employees, paying American taxes.

That’s a no-brainer you say? You might be surprised to learn that the country is routinely kicking entrepreneurs out, telling them to start their businesses elsewhere.

These aren’t people who are taking away American jobs. They’re entrepreneurs – people who are creating new technologies, services, products and . . . wait for it . . . jobs. It’s a meritocracy, folks, the best stuff wins. Anyone is allowed to play. That is, for now, if you live here.

The new legislation is supported with over 100 signatures from leading venture capitalists and angel investors throughout the country.  I’m honored that my name is included on the list. Not because I’m an investor looking for more deals, but I’m an American with an insanely strong desire to see this country continue to set the pace for the rest of the world when it comes to opportunity and leadership.

Relatively speaking, the streets of the US are, in fact, paved with gold. I’d like to see us keep it that way and to provide opportunities for even more Americans to be able to mine it.

The text of the proposed act is embedded below, if you’d like to give it a thorough read.