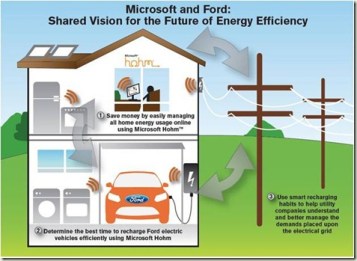 With Nissan and General Motors already hyping their plug-in vehicles due out later this year, Ford seems to have fallen behind. Its all-electric Ford Focus hasn’t commanded as much attention. But today it looks like it’s pursuing a different strategy, teaming up with Microsoft to devise a system for charging electric cars faster and cheaper.

Announced at the New York Auto Show, the system will tell electric vehicle owners when they should charge their cars during the day — namely when peak demand is lowest and electricity is at its cheapest, probably in the wee hours of the morning. Microsoft is applying its home energy management platform, wittily dubbed Hohm, which already gauges energy demand and pricing for a range of household devices. The system will be paired first with the electric Ford Focus, which is slated to be released by the end of next year.

The announcement is well timed. With a wave of EVs set to launch this year and next, utilities and grid operators are becoming increasingly nervous — actually, panicked might be a better word — about how the current electric grid will accommodate plug-in cars. If too many residents in a single neighborhood decide to buy the cars, and end up plugging them in all at the same time, neighborhood grids are in serious trouble. Blackouts, brownouts and other service outages could become much more common, costing utilities millions in maintenance costs that will ultimately hike electricity rates.

While Google PowerMeter, Tendril, OpenPeak, Control4, and a bevy of other companies have the same capabilities as the Microsoft Hohm platform to keep tabs on energy use and automate car charging, Ford’s existing relationship with Microsoft seems to have made it the clear choice. The computing giant already provides Ford with support for in-car devices like GPS displays and cell phones via its Sync connectivity system.

Like many of the energy management providers named above, Ford is already anticipating the move to mobile interfaces. The car company says that it will probably also work with Microsoft to develop applications for smartphones allowing homeowners to charge their cars remotely based on real-time demand levels and electricity prices. Here’s what that might look like: 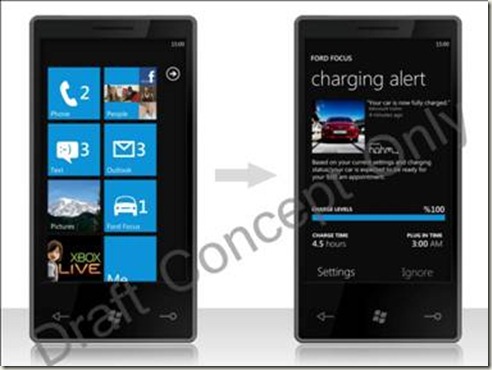