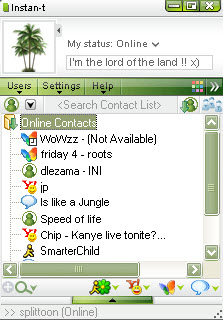 ICQ is the largest instant messaging service in Russia and a number of other markets, with more than 32 million unique visitors per month. It was started in 1996 by Israeli firm Mirabilis, whose assets AOL acquired in 1998.

Moscow-based DST is on a tear when it comes to acquiring or investing in various internet and entertainment properties. Facebook, Groupon and Zynga are among the companies its bought stakes it.

“The acquisition of ICQ is a strategic enhancement of our business in Russia and Eastern Europe. ICQ’s long-standing brand name and its sizeable loyal customer base together represent a very attractive opportunity to further strengthen our position in the region,” said Yuri Milner, Chief Executive Officer of DST. About 80 percent of ICQ’s users are between the ages of 13 and 29 and spend more than five hours a day connected to the service.

DST was founded in 2005 and is the largest internet company in the Russian-speaking and Eastern European markets.