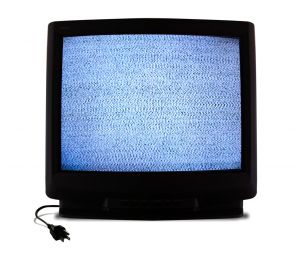 Google executives are on-stage right now demonstrating Google TV, their new service for browsing the Web on your TV, at a conference center in San Francisco for the company’s annual Google I/O developer conference. Rather hilariously, however, the demonstration was delayed by several minutes due to connectivity problems.

Wi-Fi problems are a familiar sight at tech conferences, but it’s a bit of a surprise to see Google struggling with similar issues. In this case, Google connected the TV to other devices via Bluetooth signal. Here’s the thing: This year’s Google I/O conference is a huge gathering of developers with Android phones on Verizon’s cell network. (In fact, I/O is pretty much the first time I’ve been having issues with my Verizon Internet card.) I guess all those cell signals were interfering with Bluetooth.

So how did Google finally get their demo to work? The demonstrator told the audience, “We’re really going to need everybody to turn off their phones.”

More details about Google TV forthcoming in another post.