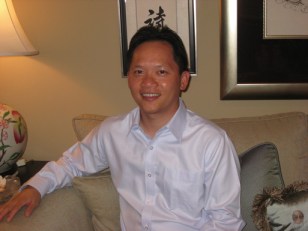 Enterprise software supergiant SAP has poured ten million dollars of investment from its SAP Ventures arm into DeviceVM, whose Linux-based Splashtop quick-boot operating system is pre-installed on many of the top brands of notebook and netbook computers.

DeviceVM CEO Mark Lee said in a phone interview, “This is part of our plan to bring our products to all mobile devices. Tablets, netbooks, even smartphones next year.”

DeviceVM, founded in 2006, has quickly spread its software to laptops made by Acer, Asus, Dell, HP, Lenovo, LG, and Sony. One secret to success: Offices in Beijing, Hangzhou, Shanghai, and Taipei where DeviceVM engineers work directly with the big brand manufacturers.

SAP’s goal for DeviceVM is to create an enterprise-IT grade version of the same type of software Google plans for its Chrome OS operating system: A quick-booting — three seconds on a Lenovo — rock-solid Linux boot with only a standards-compliant browser and a few other essential apps onboard. Such a lightweight configuration is easier to maintain and, at least in theory, less prone to bugs and security problems.

Did Lee say smartphones? Yes, DeviceVM also announced today that the company is working on porting Splashtop to Nokia and Intel’s MeeGo platform, a Linux-based, open source operating system meant for smartphones and tablets. Lee said DeviceVM software will be available on gadgets based on either Intel’s x86 chips — think laptops and netbooks — or its ARM chips, used for smaller, more portable phones and tablets.

“If Steve Jobs allows us to run on iPad,” Lee added, “we’ll enterprise-enable them, too.”

By enterprise-enabled, he means that DeviceVM’s operating system will allow corporate IT staff to configure and control the devices, for example ordering a tablet to erase personal data stored onboard if it’s reported lost or stolen by an employee.

Enterprise-enablement isn’t something most phone brands other than BlackBerry focus on. But as Lee put it, “people are bringing Android and iPhone devices into the workplace and trying to make IT support them.” DeviceVM’s end game, while not stated explicitly, seems to be a Splashtop-equipped smartphone that IT departments will support.

Why would SAP go with DeviceVM instead of simply supporting Google-powered Chrome OS devices? Because SAP’s investment gives the company some leverage to optimize Splashtop to SAP’s needs for enterprise IT customers. For example, SAP might decide to bundle lightweight apps besides a brower, and to support hard drives. (Chrome OS will only ship with the Chrome browser, and will officially only work with more expensive solid-state memory instead of disks.)

“DeviceVM’s management team got us excited first and foremost,” SAP Ventures partner Jai Das said in an email. “There is a tremendous opportunity for Splashtop to provide for business users an instant-on onramp to enterprise applications deployed in a virtualized environment from any mobile device.” The SAP name and customer list should open a lot of doors for Splashtop, including many customers who don’t realize they already have it installed.