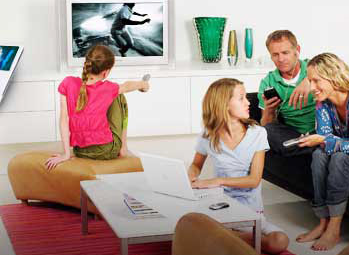 Sonic Solutions has agreed to buy digital media firm DivX for $323 million as part of a plan to become a leader in the delivery of Internet video.

Novato, Calif.-based Sonic, which owns the Roxio DVD burning suite and the CinemaNow movie-download service, has agreed to buy San Diego, Calif.-based DivX for $3.75 a share in cash and 0.514 shares of Sonic common stock for each share of DivX. The acquisition is subject to shareholder approval and is expected to close in September.

Sonic’s goal is to make it convenient from everyone to access digital video over the Web. DivX makes encoder software for formatting video as well as decoder software for playback and digital rights management for content protection. It is available on more than 300 million devices, including 8,500 models of TVs, DVD and Blu-ray players, and more than 80 cell phones. The DivX Web properties get more than 12 million unique visitors a month.

The DivX technology is expected to give Sonic a more extensive solution for delivering cloud-based video services, where the software resides not in consumer computers but in web-connected data centers. DivX will also help with the deployment of Sonic on consumer electronics devices, as the DivX player is already on millions of devices from 150 consumer electronics companies.

The current Sonic management team, including chief executive Dave Habiger, Clay Leighton, Paul Norris, Mark Ely, and Matt DiMaria, will lead the combined company, augmented with key managers and executives from DivX. Kevin Hell, DivX’s chief executive officer, Dan Halvorson, DivX’s chief financial officer and executive vice president, operations, and David Richter, DivX’s executive vice president, business & legal affairs and general counsel, will be cooperating closely with the Sonic team to close the transaction and integrate the companies, but will not continue in the combined company in their current positions. After the merger, DivX shareholders will own 35 pecent of the combined company.