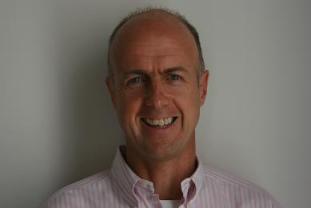 Now, Andreessen Horowitz has announced a new general partner. John O’Farrell, who handled acquisitions and partnerships for Andreessen’s Opsware before it was sold to HP in 2007, had most recently worked as a bizdev guy for smart-grid technology firm Silver Spring Networks. The implication is obvious: Andreessen Horowitz is looking for cleantech startups to bet on.

The Wall Street Journal reported O’Farrell’s hire and added that venture capital is a small and shrinking industry. According to the National Venture Capital Association, there are fewer than 7,000 investment professionals in venture capital, down from about 9,000 three years ago.

In a video interview conducted at last  year’s Governors’ Climate Change Conference, O’Farrell demonstrated an easygoing ability to explain complex problems in short, crisp sentences. “The smart grid is about applying modern communications and information technology to the old electrical grid.” He makes it sound simple, describing an “Internet for energy” that lets America’s enormous existing electrical network operators upgrade their service without having to install new power lines everywhere.

What he didn’t say is also important: The smartest smart-grid companies aren’t trying to put PG&E and Con Ed out of business. They’re trying to make them clients.