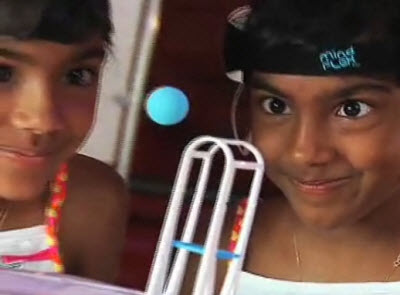 NeuroSky has raised $11.8 million in funding for its brainwave sensors used in a variety of mind-bending games.

NeuroSky makes magical-but-real chips that can monitor your brainwaves, detecting whether you are excited or calm. Then it turns those signals into controls for games. NeuroSky’s sensors are used in toys such as Mattel’s MindFlex, (pictured, right) where you use your thoughts to move little balls, and the Star Wars Force Trainer toy by Uncle Milton.

The San Jose, Calif.-based company’s third round of funding included all previous lead investors, bringing the total amount raised to date to $18.6 million since 2004. NeuroSky distributes the NeuroSky MindSet product, taking advantage of about 60 years of research in electroencephalography (brainwave) measurement technology. The technology has come a fairly long way, and with the newest headsets, the user doesn’t look nearly as ridiculous as they otherwise might with a bunch of sensors stuck to their head. 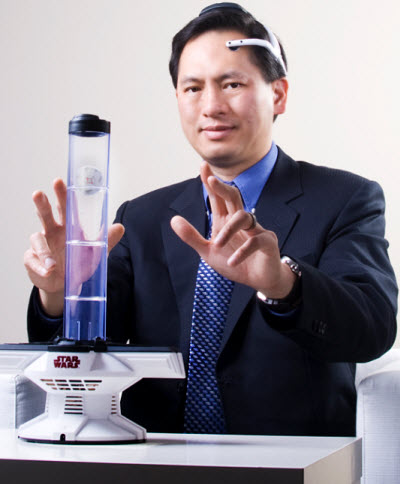 Stanley Yang, chief executive of NeuroSky (pictured, right), said that the company needs to beef up its worldwide manufacturing to get ready for its launch in new markets such as medical, automotive, education, and safety applications. NeuroSky will also use the technology to do its research and development on future products.

The company has announced partnerships with Toshiba and Sega. The technology is also being used to train the U.S. Olympic archery team. It basically allows trainers to measure how much athletes are concentrating as they shoot arrows at targets.

Yang says the company’s strategy resembles Intel Inside, where it sells the ingredients for a cool technology but doesn’t sell the final product to consumers. Since the technology is so novel, it takes a long time for customers to design products. The company launched its software development kit in 2007, but the first products from Mattel and Uncle Milton didn’t come out until last September. The Mattel product sold out in five weeks after its launch.

The next generation of chips will have more processing power, consume less power, and will be programmable, Yang said. The company has 41 employees. Rivals include Emotiv.