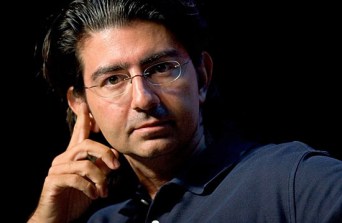 D.light Design, the startup making solar-powered LED lanterns to improve lighting in the developing world, landed $5.5 million earlier this week. But it’s made news again, revealing the identity of its lead investor: the Omidyar Network, the do-good investment firm founded by eBay founder Pierre Omidyar and his wife Pam.

Now six years old, the Omidyar Network has invested more than $300 million in tools that can presumably be used to empower individuals while also improving communities. Not all of them have a strong social impact mission, just the potential to make a positive impact. The fund is viewed by many as being on the forefront of a movement known as venture philanthropy, which mixes for-profit investing with nonprofit grantmaking.

For example, the network invested in social news aggregator Digg, Second Life-maker Linden Lab, group-building site Meetup, and Eventful, and made a large grant to the Wikimedia Foundation. At the same time, it has contributed to rounds for peer-to-peer loan service Prosper and thin-film solar developer Nanosolar (demonstrating an interest in green technology).

Now it has added D.light to its portfolio. And the company fits well with its model. By replacing expensive and toxic kerosene lamps in areas off electric grids, the company’s LED lanterns allow people to spend more time being productive or with one another after dark. Its case studies show that children are able to study for longer, small businesses are able to extend their hours, and that work actually goes faster in quality light.

What makes D.light different than many other developing world innovators, is that it has a business model and plans to turn a profit. This also complements Omidyar’s goals, since, like any other venture capital firm, it is looking for returns.

D.light will be selling its lamps for between $12 and $25 to consumers who make less than $5 a day. It’s supposed to be a significant purchase, but also within reach of most households and businesses in the regions of Africa, China and India the company is targeting.

The startup sells three models for different applications. If the lamps are left in direct sun all day they can provide between 8 and 15 hours of light.