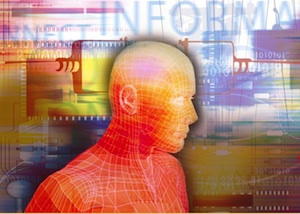 The startup comes out of SRI International, a now-independent research institute founded at Stanford University. According to a profile in The New York Times (where the funding was announced), the research institute’s history goes back to 1947 and includes early prototypes of the computer mouse, ultrasound, and high-definition television. Its most recent success was Siri, a personal assistant for the iPhone that was acquired by Apple for a rumored $200 million earlier this year.

I was impressed by Siri when I tried it out, particularly the way the application translated spoken requests into tasks that could be accomplished on your phone. That technology came from SRI’s Cognitive Assistant that Learns and Organizes (CALO) project, and a spokesman told me that Chattertrap comes from the same project. The Menlo Park, Calif. startup will be applying Siri’s personal assistant concept to online content.

If that sounds vague, here’s what Gary Griffiths, an entrepreneur recruited by SRI to co-found Chattertrap, told The Times:

The popular news sites aren’t always the most interesting. But by using technology to evolve with you as you use it, watching what you’re doing and giving more of what you like and less of what you’re ignoring, we can create a very personal information service.

The company is testing a limited version of its product right now, with plans to expand its roll out to a beta version later this summer. Interested users can sign up at the Chattertrap site.

Li’s other investments include Facebook and music service Spotify.