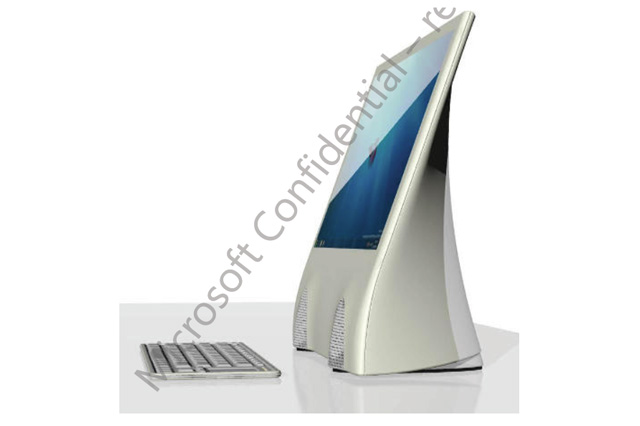 A leaked set of Microsoft slides meant for PC-making partners details Microsoft’s plans, goals, and dreams for Windows 8, the next version of the company’s ubiquitous operating system that, at this point, has no set release date.

The Microsoft Kitchen blog has uploaded most of the slides, which were stamped with the watermark “Microsoft Confidential — released to Derek.Goode@hp.com.”

Business Insider has created a slide show, but to be honest there’s not much surprising in the pages and pages of plans. Microsoft wants Windows 8 computers to use facial recognition technology to log in users. Everything else — fast booting! — reads like reused Windows 7 slides.

One slide stands out: The artist’s rendition of a hypothetical Windows 8 home computer, above, shows exactly why Apple fans don’t much worry about Microsoft catching up.