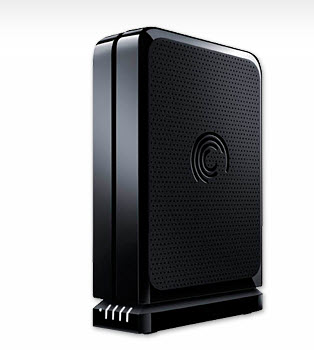 The desktop drive is now available under the 3TB FreeAgent GoFlex Desk name for $249. For the geeks who keep track of such things, this drive can store 120 high-definition movies, or 1,500 video games, thousands of photos or entire libraries of digital music.

Scotts Valley, Calif.-based Seagate said the desktop computer external drives will be available for both the Mac and the PC. They can be adapted to transfer data using USB 2.0 or USB 3.0 (universal serial bus) interfaces or FireWire 800. This kind of advance may seem routine these days, but consumer demand for more storage is outstripping capacity because everyone is storing more high-definition pictures and videos.

Market analyst firm Parks Associates believes that the average consumer household will need to store 900 gigabytes of data by the end of 2014, up more than nine-fold thanks to video downloads, Blu-ray disk copying, and increased use of digital video recorders.