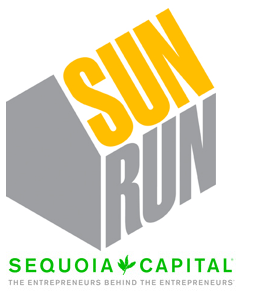 The startup offers programs so that homeowners can choose whether to pay for pricey rooftop solar systems upfront (a steep price tag exceeding $20,000), or in subsequent, more affordable monthly payments. That is the heart of the company’s business model, but it is also developing software solutions that help contractors optimize rooftop solar installations, ensuring that end customers are getting enough bang for their buck.

SunRun has done an impressive job of raising capital in a young market. It had previously raised $85 million in venture capital alone from prestigious firms like Foundation Capital and Accel Partners. That doesn’t count the $90 million in tax equity it brought in late last year from U.S. Bancorp. The company doesn’t lack for resources or runway these days.

The deal with PG&E gives SunRun the opportunity to finance solar systems for 3,500 new customers across five states covered by the utility. Not only that, the company will be helping to install and maintain the panels, selling the energy generated to the homeowners and splitting the revenue with PG&E.

These homeowners have incentive to use the company’s services: its payment plans allow for flat fees over the course of 18 years, allowing customers to avoid inevitable electricity rate hikes. They also don’t have to worry about the panels at all once they are installed.

SunRun says the recent $55 million will be used to meet the rapidly increasing demand for it programs and products and to expand into new markets in the U.S. Right now, it has about 4,500 customers in California, Arizona, Colorado, Massachusetts and New Jersey.

On top of that, the new financing, particularly with Sequoia’s name attached, will give SunRun even more of an edge over its most formidable competitor, SolarCity — another residential solar financing firm backed by Tesla Motors CEO Elon Musk and Draper Fisher Jurvetson, among others.