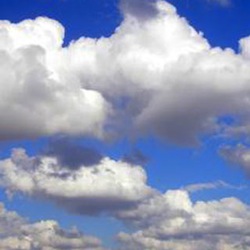 Okta, a startup helping companies manage applications running on cloud infrastructure, recently announced that it has raised $10 million in a first round of venture funding. The round was led by Andreessen Horowitz, the firm founded by Netscape founder Marc Andreessen and Ben Horowitz.

San Francisco-based Okta is led by Todd McKinnon, who previously ran engineering at Salesforce.com. The company offers what it calls “cloud area networks,” an update on the concept of a local area network. The company’s cloud network is really a collection of applications that a workforce or team can access from anywhere, which gives IT managers control similar to what they’d get over software running on the office network.

Horowitz is joining Okta’s board of directors. In a blog post, he says that as the founder and former CEO of Loudcloud, he is considered “somewhat of a domain expert on all things ‘cloud'” and that he sees more cloud startups than any other kind. Yet Okta is Andreessen Horowitz’s first cloud investment. Here’s why:

Our investment thesis starts, as always, with the entrepreneur. The founding CEO, Todd McKinnon, previously ran Salesforce.com’s engineering organization from the early days (8 engineers) to large scale. He is the ultimate domain expert on building cloud applications. He may also be the most astute engineering manager that I have ever worked with …

Okta’s initial product aims to solve the Cloud identity problem. I like the problem, because it is seriously different in the cloud than it is on-premise and, for new companies, different equals good. How is identity different in the cloud? For starters, problems that were solved long ago on premise such as automatically getting access to your mail, files, and printers remain issues in the cloud. Next, problems that were intractable in the on-premise world such as meta-directory—the technology that integrates disparate identity sources—become manageable in the cloud. Every system that a meta-directory integrates must be upgraded every year or two. When vendors put out these upgrades, things change. As a result of these changes, on-premise meta-directories break and must be re-integrated. For customers, this means paying for on-going, permanent integration consulting or punting on the meta-directory problem.

Like a bunch of overly nervous football coaches, almost every customer in the on-premise world chooses to punt. In the cloud, the maker of a properly architected meta-directory can perform the upgrades on behalf of all of their customers simultaneously.