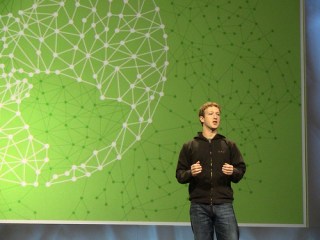 Mark Zuckerberg did have a contract with the New York man who is suing him and who claims that he is entitled to own 84 percent of Facebook, a company lawyer said.

But the lawyer is “unsure” of whether it is the contract that allegedly hands over a majority stake in the world’s largest social network, according to Facebook lawyer Lisa Simpson in a Bloomberg report. The company has so far stopped short of calling the document a forgery.

“We believe this suit is completely frivolous and we will fight it vigorously,” the company said in a statement.

Paul Ceglia filed a complaint against the company and Zuckerberg last month in a New York state court. He argued that Zuckerberg signed an agreement to do some contract coding for him back in April 2003.

At the time, he was trying to build a service called “StreetFax,” that would have millions of photos of streets in a database. He put out a request for contract coders and Zuckerberg, then a freshman, responded with the cheapest offer at around $1,000, according to Bloomberg.

The contract itself says that Ceglia agreed to pay Zuckerberg $1,000 for StreetFax and $1,000 for another project called PageBook. The contract also mentions an expanded project called The Face Book to be completed by January 2004, saying “an additional 1% interest in the business will be due the buyer for each day the website is delayed from that date.”

Ceglia attached a $1,000 receipt from his checkbook, dated six months after the contract as evidence that he paid Zuckerberg for his work. But it wasn’t the full $2,000 amount, and the agreement doesn’t describe what happens if there is a default.

Now six years old, it’s possible that the claim may be too old to pursue under New York’s statute of limitations. The date of the contract also predates the formal founding of Facebook, since Zuckerberg built CourseMatch in September, Facemash in October and then the social network itself later that winter.

A source who has seen Zuckerberg’s signature said the one on on the contract resembles his handwriting. “That really looks like his signature,” the source said. “Obviously, things like that can be forged, but if so, it’s a good forgery.”

The signature roughly matches Zuckerberg’s signature from Facebook’s 2005 articles of incorporation, though the earlier signature features a visible “b” that’s not in the later one.

Ceglia is also facing a lawsuit from New York Attorney General Andrew Cuomo alleging that he and his wife took $200,000 in pre-orders for 1,900 tons of wood pellets last spring and failed to deliver them or issue refunds.