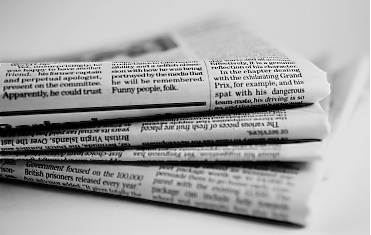 Facebook is aggressively courting publishers to get more news media sites to adopt its social tools and log-ins.

Media is the one area where the social network, which recently passed 500 million monthly active users, lags behind competitors as an identity provider. While Facebook dominates third-party logins across the web, more users choose Twitter to connect, comment and log-in on news media sites than the social network, according to a study by social media metrics startup Gigya earlier this month.

To win in the space, Facebook recently put together a team with a handful of engineers and marketing managers to build relationships with media organizations. Justin Osofsky, who previously ran marketing for Facebook Connect, is leading the effort.

“We’re on a listening tour. We’re trying to figure out what dream products we could build with publishers,” Osofsky said in an interview earlier this month.

Part of this involves getting publishers to use the tools the company has already launched including the “like” button, social plug-ins that share what a person’s friends have done on a site, and Facebook’s analytics, which show demographics and virality metrics for specific pieces of content. But Osofsky said there are also new products in the works on top of a forthcoming chat bar.

Facebook has released a few stats on how social plug-ins and the “like” button are affecting traffic so far. Social publishing site Scribd, for example, now gets about 23,000 likes per day, up from 1,200 back in April, when the “like” button was originally launched.

Referral traffic, or the number of visitors that Facebook drives to a website from its domain, went up by 190 percent for ABC News and by 200 percent for TypePad. The National Hockey League (NHL) said video views and user registrations both went up by 50 percent when they implemented sharing tools, according to Osofsky.

In a presentation last night at KickLabs in San Francisco, he revealed a few tips on how to get higher click-through rates. “Like” buttons with photos of friends, for example get about four times as many clicks as “like” buttons without faces. Posts in the morning around 9 a.m. or at night around 8 p.m. also get more engagement.

Media is fast becoming an important area for the social network. The news feed, long a place for friends to share personal photos and thoughts, is becoming more of a content discovery engine. Data on how users interact with everyday media content will inform Facebook’s understanding of people’s tastes, and in turn how the company targets ads. Facebook is also becoming more indifferent to whether its users spend time on its site or on other properties, so long as those sites are connected to the Facebook platform.

Beyond social plug-ins, there’s a great deal of potential to build social features directly into content management systems. (Imagine going to our blog, The Economist or the New Yorker and seeing a completely customized front-page layout influenced by your own personal tastes or interactions from friends.)

There’s also compelling potential for revenue. Although the company doesn’t talk about it, an interesting strategy to pursue in a few years would be to build a widely distributed and highly personalized advertising network — a Facebook AdSense, if you will — on millions of media properties across the web. It might have higher click-through rates than display ads sold in-house or comparable advertising schemes from Google, because the ads would be highly personalized and informed by years of data on a person’s tastes. Facebook would also have powerful retargeting capabilities, or the ability to display ads from the same brand over and over to a consumer as they move across the web. The company has already established beachheads on more than 350,000 sites through the social plug-ins it launched in April.

Media publishers arguably have more in common with Facebook’s approach to advertising than Google’s. Both publishers and Facebook are primarily in the business of ads that generate demand — or ads that reach consumers early in the decision-making cycle. Google, in contrast, earns most of its revenue from ads near the point of purchase, which are more lucrative on a cost-per-click basis, but may be a smaller overall market opportunity.

Osofsky said ads on external sites are not on Facebook’s plate right now. “We’re not thinking about advertising,” he said. “The opportunity is: if we drive more traffic to them, and if we make users more engaged and stay longer on their sites, they can monetize their own sites pretty well.”

He added, “We’re pretty pleased with the way advertising is working on Facebook.com already.”

Facebook still has a ways to go to catch up with its rival Twitter in media partnerships. Gigya reported that readers picked Twitter 45 percent of the time to connect, comment and log-in on media sites, while they chose Facebook log-ins 25 percent of the time.

That’s partly because of Twitter’s nature as a more public broadcast medium. But it’s also because Twitter has had a media partnerships strategy for at least a year, led by Chloe Sladden, who previously served as a vice president at Current, the cable media company cofounded by Al Gore. They now have three full-time people working on the effort.

This is one area where the rivalry between the two companies will be most fascinating to watch.