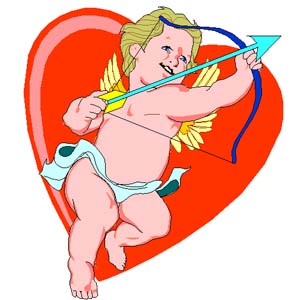 Los Angeles-based MyLife.com claims to be the most comprehensive people search engine around. Now it’s using that technology to a new end — helping its users find romantic matches.

The site was launched in February 2009 as a result of the merger between Reunion.com and Wink. The idea is to help users find people anywhere on the Web, for starters by aggregating results across social networks like Twitter, Facebook, and LinkedIn. (I was impressed that the site was able to find Friendster and Flickr accounts that I had forgotten, and which don’t show up in my top Google results.) Given that goal, chief executive Jeffrey Tinsley said it was natural to extend the features to include “singles search.”

I played around with the new options, and it’s quite simple to get started — I just answered seven multiple-choice questions (basic dating and personality stuff, like whether I prefer dogs or cats), plugged in a photo and a personal description. Then MyLife delivered possible matches in my area and gave me the option to send them messages. On the downside, MyLife requires relatively little personal information, which is probably why its matchmaking capabilities didn’t seem particularly impressive. 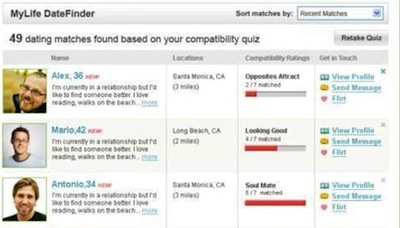 The new singles search is more noteworthy as an example of how the company has been expanding on its basic people search goal. The basic MyLife membership is free, but the company charges for additional features such as singles search, or the ability to see who is searching for you. Tinsley said that since the dating feature has been only up for a few weeks, it’s too early to reveal any user numbers, except to say that it has been growing fast.

MyLife is gaining about 2.5 million new users per month, and nearly 1 million users pay for a basic subscription, Tinsley said. The company has raised $25 million from Oak Investment Partners.