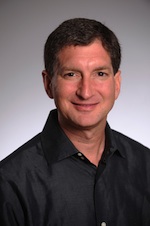 In the wake of the iPhone 4 reception problem, Apple has had a management shake-up. Mark Papermaster, the former IBM executive who led the hardware design of Apple’s iPhone 4, has left the company, the New York Times reported.

The newspaper said Apple confirmed that Papermaster had left the company, but no one has figured out yet if he was fired or left on his own. Bob Mansfield, senior vice president of Macintosh hardware engineering, is assuming Papermaster’s responsibilities. Mansfield already oversees parts of the iPhone hardware business, including the design of the A4 processor that serves as the brain of the iPhone 4, as well as its retina display and touch screens.

Papermaster joined Apple in 2008. He had been at IBM for 25 years and Big Blue sued Papermaster, trying to prevent him from joining Apple because he had signed a non-compete agreement. The case was settled after Papermaster said he had not revealed any trade secrets in going to Apple.

The New York Times and other publications have noted the timing of the departure is interesting. Apple had to do a mea culpa, offering free rubber cases for its iPhone 4 after Consumer Reports and others criticized the iPhone 4’s antenna, which drops calls if the phone is held in a certain way. For the first time in years, Apple had egg on its face for a poor product design choice. Steve Jobs played down the problem during a press conference. Mansfield was at that event to answer technical questions, but Papermaster was not. The question remains whether Papermaster’s departure is related to the reception problems.