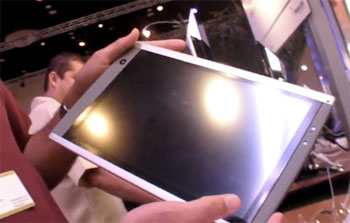 Apple seems to be getting touchy about working with companies that could potentially compete with its iPad. The company has severed ties with SurfaceInk, a design firm that it’s been working with for 10 years, because it dared to show off a prototype tablet of its own, reports the New York Times.

SurfaceInk founder and CEO Eric Bauswell told the NYT that the working relationship with the companies fell apart because of “Apple’s growing awareness of our turnkey capabilities” — its product design business for clients. “I think they view our capabilities as an opportunity for competitors,” he said.

In June, the company showed off a 12.1-inch tablet running Ubuntu Linux that had quite a few features the iPad lacks, including a mini-HDMI connection to push video to HDTVs, and two cameras for video conferencing. It had also said that it was working on a more portable 7-inch model. The tablet was intended to show SurfaceInk’s clients the sort of capabilities it had, and didn’t seem to have any future beyond being a mere prototype.

SurfaceInk had previously collaborated on the design of the Xbox 360 with its manufacturer Flextronics, and also designed Palm’s consumer-centric Centro phone.

It certainly makes sense for Apple to break ties with the company due to the tablet conflict. But with tablets becoming such a hot commodity, pretty much every decent design firm will be working on tablet prototypes of their own (if they haven’t already). If Apple refuses to work with others who it may potentially compete with, it may soon find its list of possible collaborators growing short.