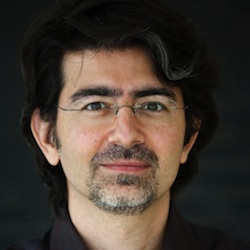 Omidyar Network, the philanthropic investment firm created by eBay founder Pierre Omidyar (pictured) and his wife Pam, plans to spend a sizable chunk of its money over the next three years on government transparency and mobile services.

Specifically, the firm announced today at the annual meeting of the Clinton Global Initiative that it’s committing $30 million to for-profit and non-profit groups that use technology to increase government transparency, and another $25 million to organizations offering mobile services in emerging markets.

Omidyar has invested in both areas in the past — in transparency, it funded groups like the Sunlight Foundation in the United States and mySociety in the United Kingdom; in mobile it invested in global text messaging service FrontlineSMS and others. Still, today’s commitment shows Omidyar’s strong interest in these specific areas and should “significantly accelerate” the pace of Omidyar funding, said managing partner Matt Bannick, even as the firm continues to invest elsewhere too.

Omidyar takes a “flexible capital” strategy, Bannick said, meaning that its funding can take the form of either a grant to a non-profit organization or an equity investment in a for-profit company, often a startup. The goal is to invest on both sides in roughly equal amounts.