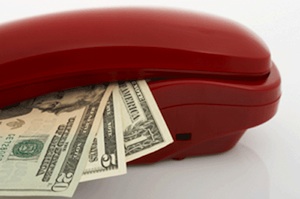 When you think about hot technology platforms, Twilio might not be the first one that comes to mind. But it looks like there’s a big opportunity here — at least according to 500 Startups, the new seed investment firm led by bombastic investor Dave McClure.

The firm announced today that it has created a $250,000 micro-fund for companies using Twilio’s technology, which allows developers to add calls and text messages to their Web applications. Even prior to announcing the micro-fund, the firm had already invested in startups using Twilio, including TeachStreet, HomeBoodle, and Mogotix.

To date, hundreds of startups have leveraged Twilio in a wide range of use cases like support hotlines, call tracking, marketing, notifications, and many more. …

Dave makes it clear in his investment thesis that startups should have their revenue model nailed down from the beginning and acquire paying customers soon after. Because Twilio costs money, it’s critical for startups using their APIs to know how they’re going to support that cost. So it’s not uncommon that Twilio-powered startups have a clear revenue model in place and are on their way to building a profitable business.

The micro-fund will make $10,000 investments for 1 percent ownership in up to 10 companies. The companies will also be considered for a $50,000 investment and participation in a new startup incubator that 500 Startups is planning. McClure told GigaOm that he’s also considering the creation of a similar fund for companies that use technology from crowdsourcing startup CrowdFlower. (If it seems like McClure has a real itch for micro-funds and incubators, recall that he ran the Founders Fund’s fbFund program for startups built on Facebook’s platform.)

Meanwhile, McClure wasn’t just in the news today for his investments. He also fought back against allegations that he and other “super angels” were colluding to hold down startup valuations, and later complained that angel investor Ron Conway was throwing the others “under the bus.”