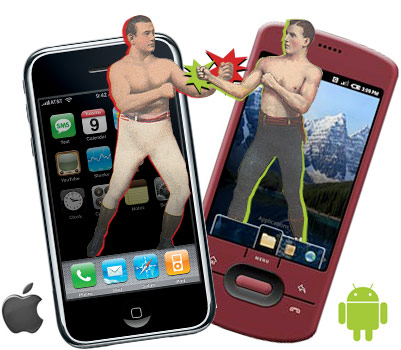 Google chief executive Eric Schmidt talked about his company’s contentious relationship with Apple this morning — specifically, he emphasized the idea that Google has a culture of openness compared to Apple’s “core strategy of closed-ness.”

Schmidt was speaking at the TechCrunch Disrupt conference in San Francisco, where he outlined an ambitious vision for the future of computing. But he couldn’t resist taking some jabs at Apple, something that Google has been doing more of recently. (And Apple has returned the favor.) It’s particularly interesting to hear Schmidt making these comments, since he only left Apple’s board of directors a little more than a year ago.

The idea that Google, particularly its Android mobile operating system, represents openness has been embraced by tech pundits outside Google too, but it’s not universally accepted. (See, for example, the comments to the post I just linked to.) During the question-and-answer session, one of the audience members followed up by asking what Google actually means when it says that it’s open.

So instead of outlining Google’s practices, he focused on describing his take on Apple’s model for applications on its iOS mobile operating system, which he acknowledged “works extremely well.” Developers have to use Apple’s development tools, Apple’s hardware, their Apple’s, he said.

“That would not be open,” he said. “The inverse would be open.”

What Schmidt left unsaid: Google holds secret much key information about its search algorithms, its ad pricing and placement, or other fundamentals of its incredibly lucrative search-advertising franchise. In other words, Google only embraces openness when it does not pose a risk to its revenue-generating activities.

How did Schmidt put it? That would not be open.