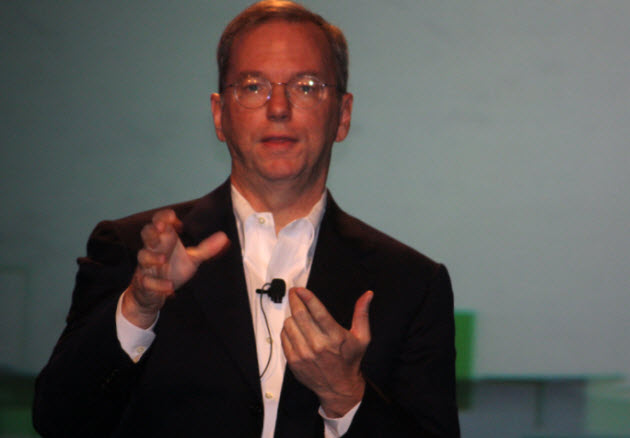 Google’s Eric Schmidt has always been something of a geek. He stuck to those roots today in a speech where he talked about how the role of computers is to augment the human brain.

Speaking at TechCrunch Disrupt in San Francisco, Schmidt said that computer-enabled devices will augment humans, allowing them to do things they can’t do or can’t remember how to do. That starts with things like Google Maps, that help you navigate better, and continues with things like Google Instant, which automatically fills out the search phrase you’re typing and allows you to complete our searches more easily. In the future, he said that computer-controlled cards would probably do a better job of driving than people. It’s a “bug” that cars were invented before computers, he joked.

Schmidt rolled out some impressive stats. He said Google is being used for 2 billion searches a day. Google’s YouTube site is also seeing 2 billion views a day, and some 2 billion videos a week are being monetized with ads. And the company’s new Chrome web browser has 70 million users.

Here’s the keynote video in two parts, plus the first part of the question and answer session.