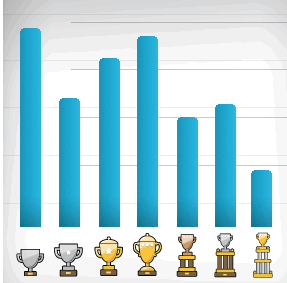 Badgeville, a white-label platform for publishers looking to integrate social rewards into their websites, announced today that it has raised a $2.5 million round.

The startup offers widgets and APIs to publishers looking to add game mechanics such as badges and rewards to their sites. Publishers can add existing widgets or create a more personalized experience through working with Badgeville’s APIs to reward visitors for performing various actions on their site — for example, leaving a comment.

CEO Kris Duggan says offering social rewards helps increase reader engagement and build a community. “It’s not about pageviews anymore,” he told us when we spoke to him in September, also mentioning that the company is on track to reach $1 million in revenue by the end of this year.

Since launching at the TechCrunch Disrupt conference in September where it won the audience choice award, Badgeville has garnered an impressive amount of traction. It has partnered with publishers such as Comcast Sports, TechCrunch, Philly.com, The Next Web, and Blackbook.

Its competitors include BigDoor, which raised $5.47 million last month.

Previously, Badgeville raised $250,000 as part of an angel round. Investors in this first institutional round include Felix Investments, and senior executives from eBay, Paypal, Chegg, Shopping.com, Drugstore.com, Palantir, and Warner Music.