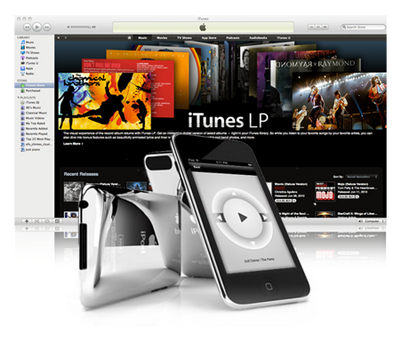 With the iPhone app Didiom, syncing music files to your phone may become a thing of the past. That’s why we’re choosing Didiom as the first innovative app for VentureBeat’s Mobile App Spotlight.

Didiom lets you stream music to your iPhone or iPod Touch (or BlackBerry, or Windows Mobile 6 phone) from your Windows PC over Wi-Fi and 3G. It’s available in two flavors: A free, or Lite, version that lets you stream up to five songs, and a Pro version that offers higher-quality audio and unlimited streams for $9.99 a year.

Setting up Didiom is simple: First download the desktop client, then create a Didiom account, and finally choose the music folders you’d like to sync with the service. Didiom gives you access to songs, podcasts, audiobooks and playlists — though it won’t support files encrypted with DRM from iTunes and audiobook company Audible. (Apple now sells unencrypted MP3 files on iTunes, but older files may have DRM.)

The Pro version lets you stream audio at up to 128 Kbps quality — which is noticeably worse than CD quality. Still, the quality drop is a decent trade-off for the convenience of accessing your music from practically anywhere.

In my testing over AT&T’s 3G network in New York, Didiom managed to quickly find my music library, and it was able to play back files within a few seconds of accessing them. The app itself is well-designed and stable. Didiom takes advantage of the iPhone 4’s multitasking capabilities, allowing you to listen to songs without staying in the app, although it doesn’t integrate with the iPhone’s native playback controls.

Didiom, short for “digital distribution of music”, started out as a graduate project for founder Ran Assaf. In an email interview, Assaf mentioned that his original plan in 2004 was to let users stream music from a large licensed catalog. Eventually, the company pivoted its focus to placeshifting, or the ability to access your files from anywhere.

Driving the service is a peer-to-peer (P2P) placeshifting technology that Didiom has been developing since 2004, which makes streaming files from computers to phones easier. With Didiom, your music never hits any intermediary servers — instead, it’s encrypted and piped directly from your PC to your phone. That’s a far less problematic approach than other pioneers of streaming, like MP3.com, an online-music pioneer which copied files from users’ libraries and stored them on its own servers. That last step — copying them to servers — raises potential copyright issues. And that’s what Didiom smartly avoids.

When asked if music labels took issue with the service, Assaf said, “We demonstrated the technology to the labels. They did not raise any concerns. It was important for them to know that Didiom is not a music locker service, and that we do not duplicate or upload music from the computers of our users to our servers.”

Assaf counts other services like Orb, ZumoCast, and Simplify Media (which Google acquired earlier this year) as Didiom competitors. He says that Didiom stands out “in terms of speed, navigation, streaming quality, user experience, DRM support, compatible devices and availability on app stores.” He added that Didiom’s streaming technology is more stable, and less prone to error due to Internet outages, as well.

Didiom certainly performed better in my testing than ZumoCast and Orb. When it comes to music, I also prefer Didiom to Libox, an innovative streaming service we’ve covered in the past.

Didiom, founded in 2005, is based in New York City. The company has received some funding from angel investors but is primarily bootstrapped.

Developers: Want to get your app featured like Didiom? Then submit your app for consideration!