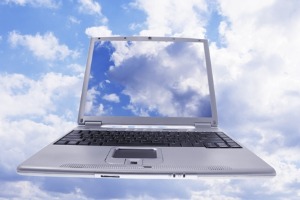 Enterprise cloud management software company Abiquo has raised around $10 million in a second round of funding. The company is ramping up its global sales and marketing in a bid to compete in an increasingly crowded “private” cloud marketplace.

Cloud computing allows computers and mobile devices to bundle off all their resource-intensive data crunching off site to larger, better-equipped servers. Abiquo creates software that lets companies create and manage private, public and hybrid clouds. This means that instead of relying primarily on an on-premise control policy, like Rackspace and Amazon EC2, Abiquo seeks to give every member of a team, from individual users to entire units of a company, the ability to access the cloud at any given time.

The company terms this a “single-pane of glass” approach because users can manage an entire, globally deployed, computing infrastructure across unlimited physical and cloud resources including private, public and hybrid clouds simultaneously. Each user has a level of access that is then tailored to their various needs at the time.

The Redwood City, Calif.,-based company had long sought to differentiate itself from other internal-cloud vendors such­ as Eucalyptus, VMware, Cloud.com and Nimbula and has racked up some big-name clients such as Telefonica and Ericsson.

Thus far, its approach has netted it almost $15.8 million from a variety of investors, with this round of funding being lead by well-known European venture capital firm Balderton Capital and including existing investors Nauta Capital and Eurecan.

As part of the the deal, Bernard Liautaud, a partner at Balderton Capital, will join Abiquo’s board. Liautaud is best known for being founder and CEO of enterprise software company Business Objects, which SAP acquired in 2007 for $6.8 billion.