There’s no denying the fact that the next wave of Internet users will be from Asia, given the rise of broadband penetration in populous nations such as China, India and Indonesia.

That’s why Dave McClure’s Geeks on a Plane – the traveling band of technologists and investors — has plenty of Asian stops. At the company level, we see the likes of Twitter, Facebook and Zynga setting up offices in Asia to be close to these emerging markets.

One such program with a difference is iStart@SV, which is organized by Singapore’s technology business regulator, the Infocomm Development Authority. The program isn’t just an executive tour of the Valley – it’s actually designed to help Singaporean companies incorporate and start operations in the US.

The iStart@SV organizes a bootcamp for Singaporean companies to understand the legal, tax, company registration issues they will face in the US. The program offers a series of pitching and mentoring sessions from successful founders and provides connection to various industry partners and organizations.

Companies in the program get the best of both worlds. iDreamin, which makes a matchmaking tool for creative talent in the media industry, for example, is taking a more cautious approach towards setting up in the US. The company’s founder, Emmy Teo, said, “When we first signed up for the program, we were trying to explore if there was a market in the US. We were looking at relevant strategy on how to get real traction in the US market. ” 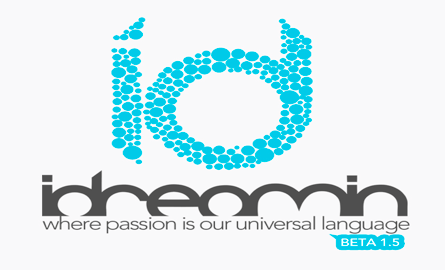 Teo believes iDreamin is in a unique position with respect to the media talent industry. “We are in a unique strategic location in terms of talent market, as we have access to Chinese, English, Indian and Malay talent,” Teo said.

When asked about competing with entrenched players in the US, Teo said iDreamin sets itself apart by not competing but partnering with them. “The US market is always looking for fresh talent, and we can link them up with talent from Hong Kong, Beijing and India,” she said.

Teo believes iDreamin has an inherent advantage by setting up the company in Singapore. “One very good reason is that the government provides lots of support – gives confidence to entrepreneurs to set up company here (Singapore).”

Due to Singapore’s immigration policies, it’s easy for companies to hire talented individuals from surrounding countries. For iDreamin particularly, Teo said, it’s easy to attract talented graphic designers from Thailand and Philippines. “Plus, there’s hardly any time-zone difference,” she adds.

Janelle Lee, founder of Protege productions, a Singapore-based online gaming company, had been planning to enter the US market for some time when she joined the iStart program.

“It has not been easy for a young company and understanding all the legal and tax matters of US. iStart has delivered a huge jump start and eye-opener for us to the expectations and business strategies in the US,” Lee said.

Another startup in the iStart program — LittleLives, a social network for kids — is gearing up for a worldwide release. It believes that the US is the first pit-stop in its journey to going global. LittleLives creates a private and safe social network for school kids and gets users by partnering with primary schools.

Sun Ho, LittleLives’ founder, started the company in Singapore to capitalize on its compact market that is a perfect test bed for its products. Having successfully implemented its LittleLives social networking app in over 85 percent of the 180 primary schools in Singapore, Sun is now looking to break into the bigger US market. Sun thinks it’s imperative to initially set up company in Singapore, to test the product, and then expand overseas.

Skydoor founder Roberto Mariani is also trying to establish a presence in the US. Mariani is a serial entrepreneur and has previously been to Silicon Valley many times representing his previous companies.

“The high-level networking that iStart provides is as much value as three years of business development in the US,” he said.

With such initiatives, these four startups believe they are uniquely positioned to compete globally with access to emerging markets in Asia, while also receiving support to move into the US.

e27 is a technology blog focused on startups and Web innovation in Asia. It is also the organizer of a Echelon 2010, a two-day, pan-Asian startup and Web technology event.